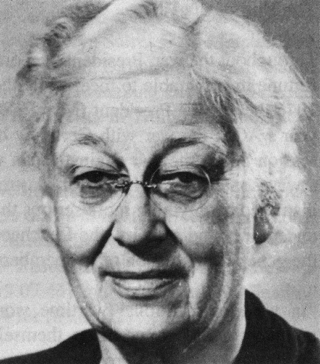 She was one of the first women doctors and with her husband, Dr. Fry, became the first WGC doctors.

(Around this time many prejudices and discriminatory practices against medical women were prevalent – the marriage bar was in place – Dr Miall-Smith was dismissed from her previous post as assistant medical officer for maternal & child welfare in St Pancras on her marriage in 1921.)

Dr Fry died in 1930 but Dr Miall Smith continued as a much respected GP with a special interest in women & children,

“bringing hundreds of Garden Citizens into the world and worked tirelessly to improve health standards in the town”.

I am told that she even won a shield in a national competition to find best run baby clinics.

Dr Miall-Smith also distinguished herself by “being the first and for a time sole, doctor on the scene at a horrific train crash at WGC Station in 1935”.

The above information is from Vanessa Godfrey from various sources including the Our WGC website and a history of the WGC Womens’ Luncheon Club, of which Dr Miall-Smith was a founder member.