Saved - A Relic of the Dedication of the Memorial Cross 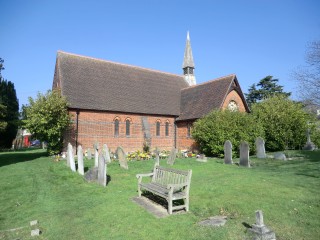 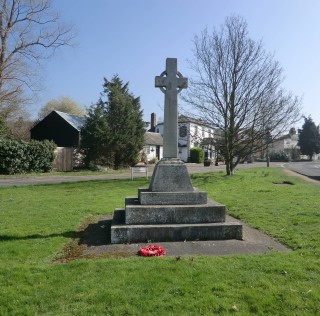 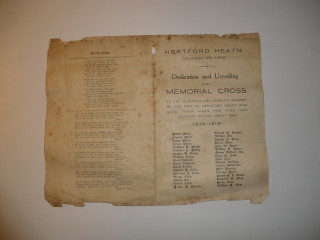 I was recently approached by an acquaintance, to enquire whether I would be interested in seeing a fragile piece of paper, which she had rescued after noticing it being kicked around the store-room floor of a charity shop.

What a delight to handle a link with that local event which had occurred almost 100 years ago and which had almost been lost for ever – the Order of Service for the dedication and unveiling of the Memorial Cross at Hertford Heath.

On first page are inscribed in heavy gothic print the names of the 34 men and boys who fell during the First World War. Going through the names it is sad to see the surname “Akers” appearing four times, which indicates a single great tragedy for that family. This happened so often during that war when family members, or ‘pals’, enlisted together and joined the same regiment.

Proceedings then closed to the echos of “Reveille” being sounded.

This precious piece of paper is now held at the Church for safe keeping.