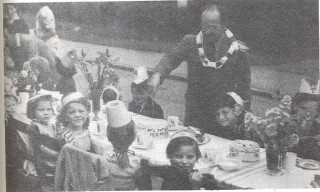 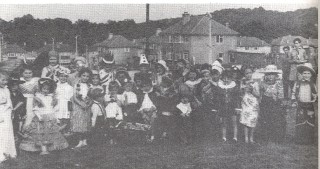 Twenty five years ago this month Queen Elizabeth II was crowned.  It was in September 1952 that Baldock Urban District Council considered Coronation Celebrations.

A meeting, which filled the Town Hall was called to guage public reaction and it was decided that costs would be covered by voluntary effort and various sub-committees were formed.  Over the next few months there were numerous jumble sales,cake stalls and house to house collections.  Sports men and women in the town held many fixtures that culminated in finals in Coronation week of tennis,netball, cricket, bowls, ladies football and swimming.

On Coronation Day itself there was free television viewing which was very well attended as few people had a set of their own.  A person attending one of the many street parties held then remembers drinking Coca Cola for the first time and having a whole orange to herself instead of a quarter!  Fruit, of course had been scarce during and after the war years.

During the week there were many competitions such as a motor treasure hunt, soap box derby and a pipe smokng contest.  Many celebration dances were held and the day itself ended with a Coronation Ball in the Town Hall where you could take your partners for the Doris Waltz, Chrysanthemum Waltz , Latchford Schottishe and others.

If you were thinking of moving, a 3-bedroomed house with 3 receptions, kitchen and bathroom on London Road cost £2,100   rateable value £20.  But for “,750 you could buy a small holding comprising detatched  house, small cottage, outbuildings and 5 acres of land.

For entertainment you could listen to Billy Cotton’s Band Show, Educating Archie and Music While you Work and What’s my Line on television.

Roads were comparitively empty in 1953, the private car still being quite a rarity and motorways were just a civil engineer’s dream.

Will the next 25 years bring as many changes as the last?  We can only wait and see…..