The Farmhouse At Lordship's Farm 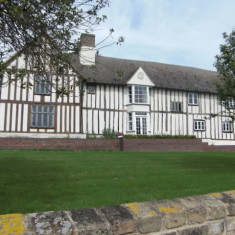 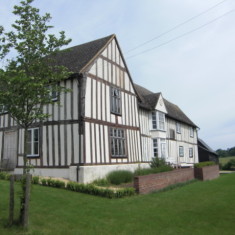 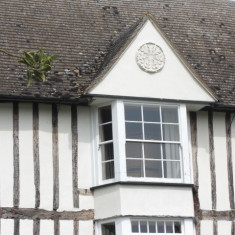 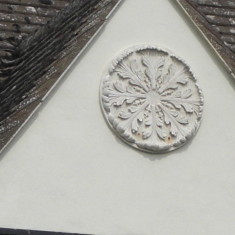 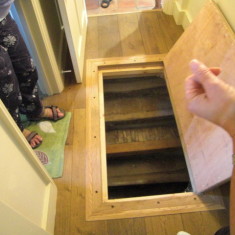 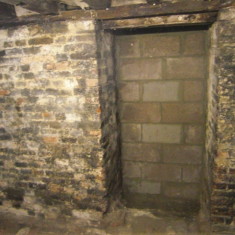 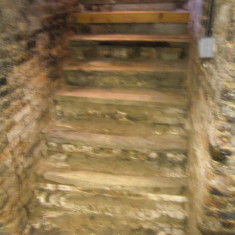 The stairs from the cellar 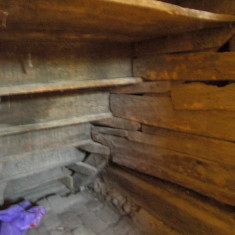 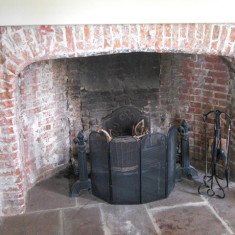 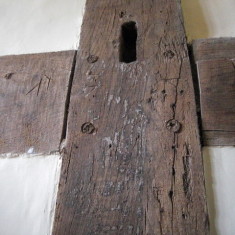 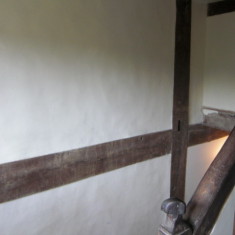 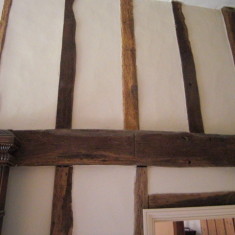 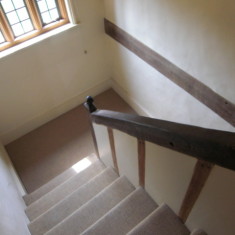 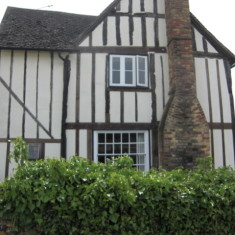 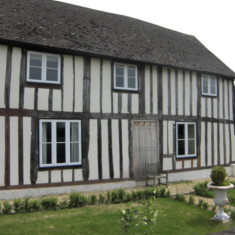 The house is C17 or earlier.  It was refurbished in the early C19 with the kitchen rebuilt in C20 after a fire. The building is timber frame on plastered brick sill, roughcast with steep pitched tiled roofs. It is a 2-storeys, L-shaped house facing West with a North crosswing.  It has a stair tower in rear angle, and gabled roughcast kitchen projecting East in middle of the East wall. Its large central chimney at the junction of the wings has 5 octagonal chimney shafts with moulded bases and caps (now roughcast). It has  a 4 windows West front with projecting gabled crosswing on left and 2-storeys canted bay window with French windows on ground floor. There is a sash window on 1st floor with small gable over 3- and 2- light casement windows. The entrance is now in the North side of the crosswing with a boarded door, a rectangular fanlight and a flush box sash window.

The text above is an expanded version of that in ‘List of Buildings of Special Architectural or Historic Interest, District of East Hertfordshire’ produced by The Department of Environment. Hertfordshire Archives and Local Studies, ref: H720.942.

The photographs which follow were taken in June, 2012.  Clicking on one will give you an enlarged version of the photograph.