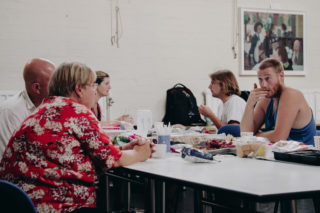 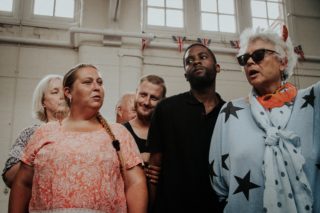 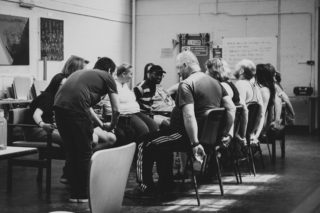 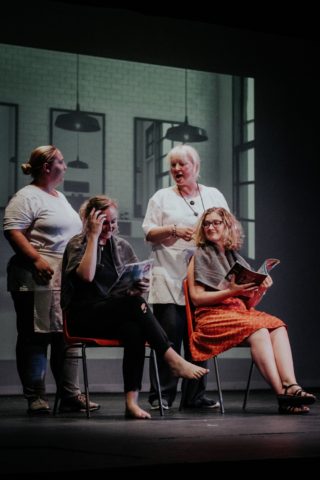 Actors on stage, 'Trespassers Welcome' at the Abbey Theatre 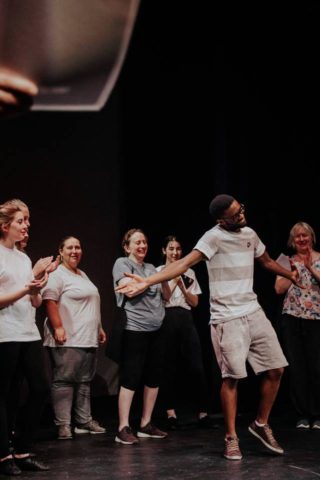 Actors on stage, 'Trespassers Welcome' at the Abbey Theatre

Cardboard Citizens were commissioned by St Albans Arts team to run a forum theatre project with locally based homeless and ex-homeless people, as part of the Squatlife project. 19 people participated in the project with 11 joining the theatre residency.

After a rigorous two-week residency, the actors performed a piece of forum theatre. The event was titled ‘Trespassers Welcome’, inspired by the story of St Alban – a story about a person who not only welcomes in an outsider, but also sacrifices his life for that stranger.

The performance centred on Lorraine’s story and her unfortunate spiral into homelessness. The audience, after watching Lorraine’s journey, were able to stop the performance, come on stage and act out what they would do differently in her circumstances.

An audience of 158 people came to see the performance at the Abbey Theatre in St Albans.