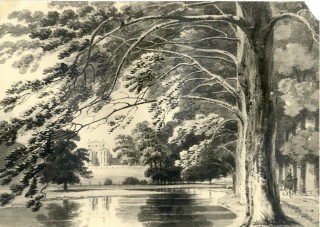 Presided over a meeting of the General Committee.  The report of the professional auditor and the abstract of accounts were presented and considered.  Much time was wasted by members asking all sorts of questions and talking rubbish about the accounts which they evidently did not understand.  If they would confine themselves to talking about what they did understand how quickly our business would be conducted.

Hertford Wheelers, to the number of twenty five visited Bengeo Hall.  I had a tent erected for them on the lawn and gave them a supper after which songs were sung.  They cheered much as they left, ringing their bike bells the while, making much noise.  They all appeared to enjoy themselves and I not the least.  It was a real pleasure to have so many bikists here.

Whit Monday.  The usual Town fete was held commencing with a procession around the town…. went to Hartham and declared the fete open and watched a few races and then returned home.  The afternoon unfortunately turned out wet and thus spoilt most of the pleasure but still the people were on the whole orderly.  In the evening I returned to Hartham to distribute the prizes and on the way back to Bengeo saw the fireworks from the town.

At the General Committee it was decided to accept Alderman Willson’s offer to rent the vaults at the Corn Exchange at a reduced rent of £20 per annum.  He had previously paid a much higher rent, but the Committee who inspected the premises thought that £20 was sufficient.  Whether this was owing to the committee’s sense of justice or to the Alderman’s champagne I am unable to decide.

Attended Garden Party at Hatfield house to celebrate Her Majesty’s birthday.  There was an enormous crowd present both from Hertfordshire and London.  I believe there were between two and three thousand people.

Mr Wohlmann the Head Master of the Hertford Grammar School sent me an invitation to be present at the school on speech Day.  The part songs rendered by the boys were excellent.  Then came a scene from a French play not badly acted but the accent was atrocious.

Lunched at Balls Park and attended the Regimental sports of the Hertfordshire Yeomanry Cavalry in the afternoon.  And Lady Faudel Phillips distributed the prizes and Lord Essex proposed a vote of thanks to her Ladyship and Sir George responded in one of his little witty speeches.

Attended the Royal Institute of Public Health congress in Dublin – It would be impossible for me to give here a resume of all the interesting papers read in the various sections.