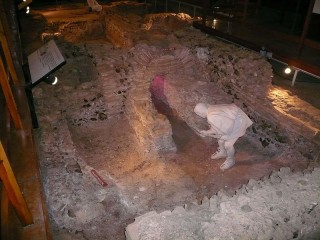 I first went to the the Roman Baths in Welwyn at the age of about 8 while there was a fair being held there. The baths were a ruin of a Roman Bath House which was uncovered in 1960 by archaeologist Tony Rook. I don’t remember much of the baths themselves but at the fair I was able to make Roman oil lamps out of clay as well as buy and make replica Roman coins.

A hand made oil lamp

I had always been interested with the Roman’s since I learnt about them in year 2 at primary school. After my family trip to the Roman baths I proudly showed off my hand made oil lamp at school to my very happy teacher Mrs Ford who, in our art class, got all my classmate to recreate my oil lamp ( although I still think mine was the best!).