You are here: Home>Herts history>Topics>Childhood>St Ippolyts in the war years

St Ippolyts in the war years

Going to school with a gas mask 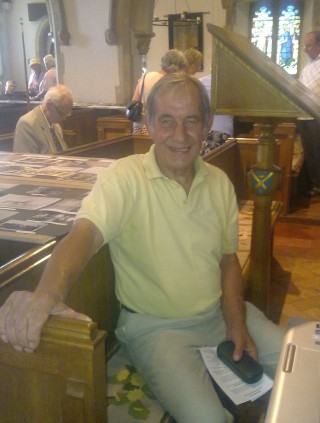 I went school in St Ippolyts in the war years. I used to come tumbling down from the other side of the village with my gas mask slung over my shoulder. In those days all the children walked to school.

The old tudor building on the Green used to be the Olive Branch pub but it closed down some time in the 60s. The house on the corner, which is wattle and daub, used to be the bakehouse. It was owned by Mr Friday in those days and the baker was Harry Clark my uncle. He used to distribute the bread as far as Hitchin, Preston and Breachwood Green in an old van, and I used to go with him sometimes. He was a keen poacher and would take his gun with him in his van and get a few pheasants and rabbits on the way back.

Stones made into stage

There were allotments on the field adjacent to the school here during the war years, but towards the end of our time there, around 1948 perhaps, it got all rough as it was left. The older children at the school at the time used to have to pick the stones up off ground and we put them all in the bottom corner. They covered it in earth and grassed it over and that was made into a little stage.

In the winter months it was solid fuel that was used to keep the school warm. When the milk was delivered it was frozen and was put in front of the fire. We would sit and watch it thawing out, the little cardboard bottle top would have been lifted off.

When it came to lunch time there was a British Legion hut along the road towards Hitchin and all the school children used to walk there to have their lunch, whatever the weather.

‘Those with wellingtons walk in front’

I think it was the winter of 1947 when we had tremendous snow and we still had to walk down there. The funny thing about that winter was the teachers used to say ‘Those with wellingtons have to walk in front and those with shoes on can follow in their footsteps’.

Generations grow up in St Ippolyts

My mother came here from Tunbridge Wells just before the First World War and, apart from one gap during the Second World War, there has been a member of my family of one generation or another at the school here continuously until three years ago. The last one was my granddaughter who left there then.

It has changed a lot – I could pick out seven wells in the village which are all no longer there. One in particular we threw a load of rabbit hutches and a motorbike down to fill it up.

There are a lot more houses now – a lot of Water Dell Lane was a potato field when I was a child and Orchard Close was still an Orchard.