Nowhere else I would rather live

Memories of Hemel Hempstead from 1957 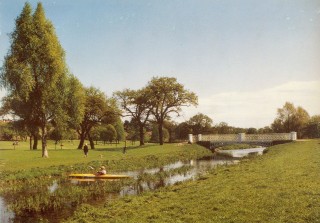 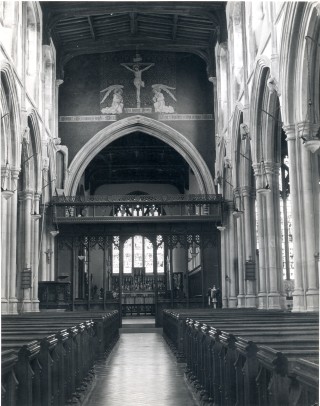 My epic migration to Hemel Hempstead began in the spring of 1958, when the company of Atlas Copco, the pneumatic tool and compressor manufacturer, I had been employed by for three years, announced their intention to leave Wembley, where I then lived, to relocate their business, both offices and factory, to the New Town of Hemel Hempstead. This being done under the New Town’s Development Scheme.

The company was seeking employees who were willing to move with them to work in their new purpose-built factory in Maylands Avenue. My young wife and I were unsure of our feelings on this matter so we elected to pay a cautionary visit to Hemel Hempstead to look at it.

We did the visit on my ancient Ex WD BSA motorcycle combination, which I had purchased two years earlier for the sum of £55. We set out on the day of our exploratory journey, which was very cold, very wet and thoroughly nasty. After driving around amongst unfinished buildings on the wretched building sites not knowing where we were or what we were looking at, we decided ‘No way’ – not for us. This place seemed to be more like we imagined Siberia to be, not England!

Some months later however, the Company asked all their employees if they would accompany them on a coach to visit Hemel Hempstead, to see and learn about the new scheme and moving prospects. This time it was springtime. We decided we would go, and on the day of our visit we were taken on a propaganda visiting tour around town, both old and new. We saw the factories and shopping centres and were shown the beautifully prepared interiors of the new show houses. We were taken to a hall in Queens Square, Adeyfield, where we were given a superb afternoon tea with excellent sandwiches and lovely cakes. This was followed by a wonderfully crafted persuasion talk. I was by now very keen, my wife enthralled. We had now decided we would go for it.

Unfortunately we had to wait for a further year for our chosen house to be completed due to many and varied reasons to do with building problems. Still living in Wembley, I had to travel to Hemel Hempstead to work in the new factory, which was now opened. The journey took an hour morning and evening. This made a long day for us. I travelled in an old personnel carrier with other odd bods. It was driven by a driver commuter, very cheap for the firm.

Eventually the day for removal came. This was carried out by a pair of struggling greengrocers who were doing removals on a part time basis. They did the removal for the princely sum of £8.10.00, this we paid out of over £20 moving allowance given to us by the firm. We left Wembley early in the morning, my wife and I and our recently arrived six-week-old daughter travelling in the combination. My three-year-old daughter was delighted to travel in the van with the removers. One of them, after the journey expressed a wish to adopt her. We arrived at the house, unloaded the furniture and off went the van.

I used the remaining week of my annual holiday to settle in and do all the necessaries in the house. This was the very hot summer of 1959. All went well except for one of those outstanding and memorable arguments that sometimes befall married couples. The gist of the disagreement was that on the first day of arriving my wife was insisting, amongst all this chaos, that I hang the lovely dark red curtains and get the Eeziglide swish mechanism working. This was a very time-consuming and tedious job. I wanted to get on with the trivial matter of assembling beds, putting split wardrobes together, getting carpets down and hanging dangerous looking mirrors onto the wall. Such is life!

We managed to settle in nicely, and a fortnight later we were honoured with a visit by my parents, who after seeing our home and both the old and new parts of Hemel Hempstead, in particular St Mary’s Church and Gadebridge Park, decided they would put their names on the list for one of the small but delightful bungalows that were being offered to elderly parents of new tenants on their retirement. Unfortunately this was not to be, due to the death of my father at the early age of 64.

We settled, well and happily. My youngest daughter was christened at St Mary’s Church a few months after our arrival.

Several years passed with my daughters growing up in a peaceful and settled environment. They both received a very sound education at Cavendish School, then a grammar school at which the places were in great demand. This all followed of course in time with their own globetrotting. My two young ladies opted for Europe, Africa and Asia, hippy style of course.

Settling down in those early years was comparatively easy for my family and me. Some people, particularly some of the younger women whose children were still small but had their husbands working away all day long and were separated from their Mum, losing the frequent popping in and out visits did become depressed. This was known as ‘New Town Blues’ a phenomenon of the splitting up of the larger family unit they had known in London. It did lead to some types of party going that was much exaggerated by the Press.

Times improved greatly for these ladies when Kodak started part time evening work for women. I think the hours were from 5.30pm to 9.30pm. The pay was quite reasonable and it enabled the ladies to get away from home for a few hours. It also helped with the money flowing in to be able to furnish the sometimes-Spartan homes. Much wanted items of furniture and linen could be afforded. I remember also the raised spirits when they left their homes smartly dressed in their working clothes, which were supplied in many shades and colours by Kodak.

One of the most prominent memories of early New Town life was the thoughts I then had on the meticulous planning that had gone into the making of this New Town. For example, the way many gardens were planted with front garden hedges. Some were rose varieties others privet or shrub. I used to think of when the town had matured, if kept with good husbandry and house decoration maintained, how wonderful it would all look.

The dream has faded, for when I look around I see concreted front gardens and drives, the grubbing out of hedges, shrubs and trees that were there before the onslaught of the car. Some of the hideous additions and conversions to the houses and all around broken roads and pavements and the huge amount of disgusting filthy litter that is thrown down every day. So much for the dream.

One consolation in the modern dirty times is the still beautiful rolling countryside of Hertfordshire. The Gade Valley is a superb example. One hopes fervently that it will be left untouched by developers. In spite of all there is nowhere else I would rather live.

A PS about that old motorbike I had: I sold it with the sidecar to a neighbour two years after I moved here for the outrageous sum of £7.10s. He was delighted and on the following Saturday he set off with his young wife to visit his old home in the delightful village of Kilburn in London. As there was to be a party that evening she was in her slippers, hair in curlers under the headscarf. Five miles into their journey the front wheel collapsed and the old bike was written off. They had to hitch hike home. He laughed, she cried, I said I was sorry.