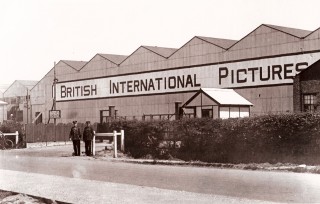 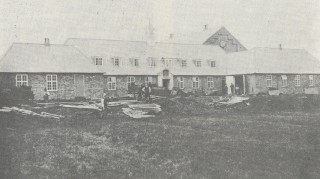 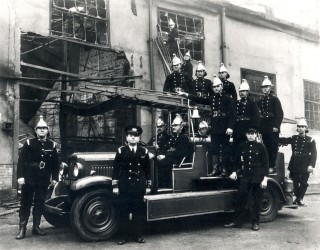 The studios in Borehamwood were the largest film and television studios anywhere in the western world outside of Hollywood. They gained the name the ‘British Hollywood’ as the studios increased in fame.

Neptune Studios are the oldest studios in Elstree. They opened in 1914 on Clarendon Road. Between 1914 and 1950s the studios changed ownership a number of times but did produce a number of low budget British movies. In the 1960s Lew Grades ATV purchased the studios and produced programmes such as Family Fortunes and the Muppet Show. In 1983 the studio changed hands once again; this time to the BBC. The BBC bought the studio to produce its new soap ‘Eastenders’ which is still filmed there today.

The MGM studio was one of the largest studios in Europe, covering 120 acres of land. It was located between Elstree Way, Potters Lane and Rowley Lane. It was run by Metro Goldwyn Mayer from 1944 to 1970 when it was closed.

Watching for puffs of steam

The Gate Studios were built in 1928 opposite the railway. As a result of the location of the studios, when a train passed by the stage often rattled and the noise disturbed the filming. So as a result they built a crows nest on top of the studio which was fitted with a buzzer. Someone would sit and watch the horizon for the puffs of steam; the tell tail sign that a train was about to come past. He would then press the buzzer allowing the actors and producers in the studio to pause filming as the train went by.

The studio focused on religious themed films because the Chairman of the Rank Organisation, J. Arthur Rank was a devout Methodist. In the mid 1950s the company of Harkness Screens took over producing films. The company left the studio in 2003 and the it was destroyed in 2006 even though there was strong opposition against its destruction.

The Elstree Studios opened in the 1920s in Shelney Road. In the 1950s there were a number of classic films produced such as ‘The Dam Busters’ and ‘Moby Dick’. The studio expanded in the 1960s to give room for television productions. In the 1970s great success came from George Lucas’ 1977 film ‘Star wars’. George Lucas carried on writing films in the 1980s that were a big success such as ‘The Empire Strikes Back’, ‘Raiders of the Lost Ark’ (1981) and ‘Return of the Jedi’ (1983). However in the 1980s the studio did almost come to closure. The film studio was owned by Cannon, an American company. A downturn in production led them to sell the Elstree studios to the Brent Walker Entertainment Group. In 1988 the Brent Walker Entertainment Group attempted to refresh the studio by producing for Goldcrest Studios, who were another company they owned. This idea failed to work though and as a result the banks decided to sell 12 acres of the land in 1990. The land was turned into a Tesco supermarket and the studio was shut from 1993-1996. Brent Walker proposed to sell the rest of the site so that it could be developed on to provide a profit. But the Hertsmere Council threatened that they would buy the land themselves than rather see the studio destroyed. In 1996 the council did eventually buy the land and they allowed production to resume and they started to build two new sound stages.

The British and Dominion Imperial Studios opened about 1930. It was the UK’s first purpose-built sound studio. The studio however did not stay for long as it was burnt down by a fire in February 1936.

During the studios prime time the local people became used to seeing film stars walking around the town and in the local pubs and shops. Richard Tauber (1891-1948), who was described as the greatest Mozart tenor of his time, was one of the many celebrities living in the area. In the 1960s Simon Cowell family and Stanley Kubrick lived in Barnet Lane, Elstree.