You are here: Home>Herts history>Topics>Education>The British Schools Museum in Hitchin

The British Schools Museum in Hitchin

A museum of education in a unique historic elementary school 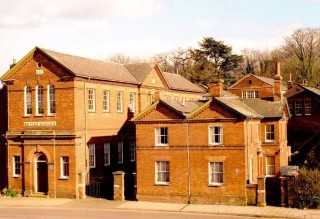 Joseph Lancaster (1778-1838) ferevently believed that all children had the right to be educated – and he did something about it.  His first school was in Southwark, London.  In Hitchin, William Wilshere founded Hertfordshire’s first Lancasterian School in 1810 on the site we occupy today.

Today, you can tour the historic school site and re-live the history of the Hitchin British Schools, and find out how Joseph Lancaster set about educating the poor.  You can follow the ‘Discovery Trail’ dressed as Victorian children, sit at old desks, try writing with dip pens, slates and sand trays, and play with Victorian toys.