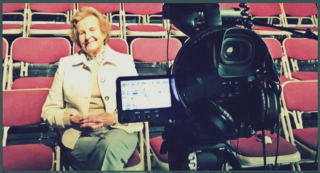 She worked as a doctor in the Nixon Memorial Hospital, Sierra Leone, in the 1960s, and made major improvements in the care of pregnant mothers and babies, establishing clinics and maternity care. She has also set up a charity to help rebuild and equip the hospital after civil war.

After moving to St Albans in 1978, Mary became involved with the St Albans and District Churches Housing Association, now the Open Door Trust. Over the past 19 years the charity has cared for more than 7,500 homeless people.

Mary worked part-time as a GP at Midway, eventually becoming a full-time doctor and senior partner. In the 1980s she was part of a small group of volunteers who became increasingly concerned about the lack of provision to meet the needs of terminally-ill patients in this area.

In 2002 Mary set up the St Albans and District Bereavement Network (SABN).