A quiet and restful village 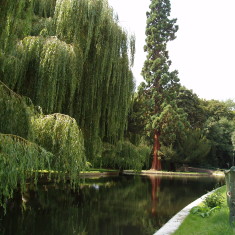 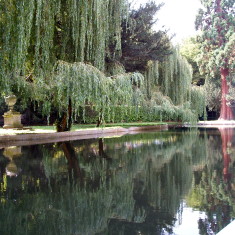 Amwell Pool, another view
I. Fisher 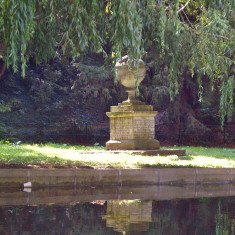 Memorial to Sir Hugh Myddleton, founder of the New River project
I. Fisher 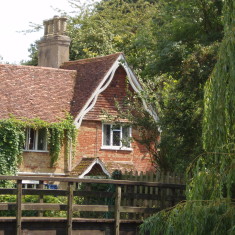 Footbridge and cottage by Amwell Pool
I. Fisher 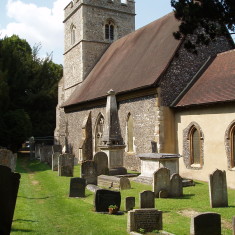 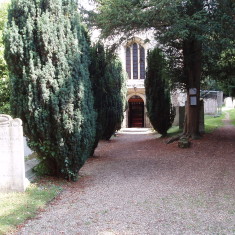 Nearly all of my Adult life has been lived in Amwell, though it is hard to believe I have been here for 45 years. In spite of a certain amount of development, the character of the village remains very much as it has always been: quiet and restful. It is still possible to find walks in lanes and footpaths, through fields and woodland, if one knows where to look.

Such building as there has been has taken place mainly on the outskirts and has had little impact on the village proper. Indeed, one development is on land formerly occupied by a concrete works and so has improved the village rather than otherwise. There is a local garden centre, which has grown to become one of the largest in the country, but even this has failed to alter the essential charm of Amwell.

What for me has been by far the most positive change is the creation of the Amwell Nature Reserve. Originally old gravel workings, these have been slowly improved to become one of the South – East’s most important sites for birdlife. Situated alongside the River Lea it is a most pleasant spot to spend an hour or so. Not just to see the wildlife, but also the many boats moored along side and travelling up and down the River. The reserve was recently acquired by The Herts and Middlesex Wildlife Trust; a move which should secure it’s future for years to come.

But the area around the Church and Amwell Pool is where the heart of the village really lies. Once a year, on a balmy summers evening, singers gather on one of the islands in the Pool to perform a concert of madrigals. It would be hard, anywhere, to find a more delightful setting.