The Brewing Industry in Hertfordshire

One of Hertfordshire's main industries 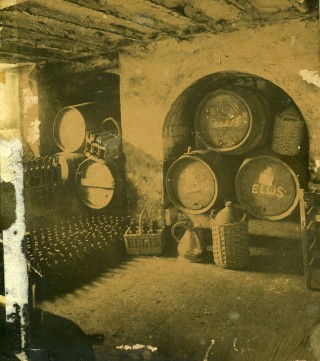 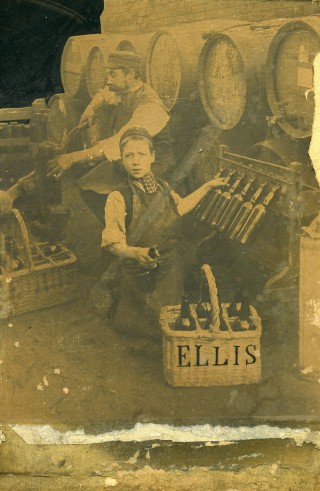 ‘Brewing was one of Hertfordshire’s main industries, natural in an agricultural county with ample supplies of unpolluted water from the springs. At one time every inn, every large household, brewed its own beer. From these developed the public breweries as they were called, which brewed on a larger, commercial scale and supplied customers in bulk. Some of these had a public house of their own premises, called the brewery tap, and gradually acquired more outlets for their products, from which developed the tied houses we know today.

It is not surprising that in 1839 there were a dozen breweries in Hertford alone. In fact, what with the malting’s, and the breweries, and the exceptionally numerous inns, one feels that almost everything in the county in those days was connected with booze. And not merely local production; the number of national breweries and brewing families that come into our local history is amazing; Whitbreads, Truman, Hanbury, Buxton, Muex are among those who have been connected with Hertfordshire in the past, and some still are. Centuries ago this was the character for which it was noted. Listen to John Taylor in 1636:

These words are taken from his guide book entitled ‘Tavernes in the ten shires’ published in 1636, when that was what travellers looked for.

“Hertfordshire is a County that surpasseth all other Countries and Counties for making the best malt, and for good cleane Highwaies, conscionable short miles, meat, drink, lodging for travellers, kind men, women faire and honest, and with anything that is necessary, the County is plentifully stored withal.” [John Taylor, Tavernes in Ten Shires, 1636]

In Victorian days this character of conviviality was not so highly appreciated by some. Listen to the famous novelist George Elliot, who took a house in Ricksmansworth for a time to get some country air:

“I prefer a country where I don’t make bad blood by having to see one public-house to every six dwellings – which is literally the case in many spots around us. My gall rises at the rich brewers in Parliament and out of it, who plant these poison shops for the sake of their million-making trade” [George Elliot, at Ricksmansworth, 1875]’