Ghost Research at University of Hertfordshire 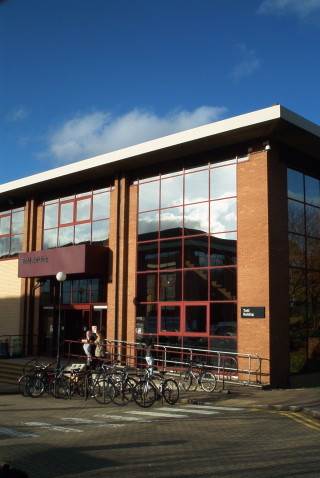 I’m currently a doctoral student at the University of Hertfordshire, researching contemporary belief in ghosts in post-war England. I’m based at Hatfield – I’m not at the Todd Building, shown here, but that’s the only one on campus that I’ve heard is haunted.

All of the post-war opinion polls and surveys suggest that belief in ghosts has been steadily on the rise over the last 60 years. What might this mean? Does it mean that more people believe in ghosts? Or that they are more prepared to say so? One question that goes unasked is what people actually mean when they say ‘ghost’. Might the increase in stated belief mean a change in popular definitions?
I began my research with some simple (but big) questions. What do people mean when they say ‘ghost’? How is this reflected (or not) in their beliefs? Are the things people believe the same as the stories they tell? What is the relationship between belief or non-belief and experience? How do these beliefs fit into other beliefs people may have?
So I decided to go and ask people these questions. I’m conducting interviews, and also circulating a questionnaire. I’m continuing this field research early into 2010, then I’ll spend the rest of the year working through my findings.
I’m focusing mainly on Hertfordshire, but this isn’t restricted or parochial – there have been huge demographic shifts in the post-war period, and I am interested in the ways ghost beliefs may reflect changing cultural influences. As such, I’m more than happy to hear from anybody. I’m still looking for participants and informants, believers and non-believers alike, and I’m trying to get as broad a range of responses as possible. The questionnaire is available as a Word document here. It can be completed and returned electronically, or printed and sent to the University. If you would rather talk to me in person, drop me a line at paul.cowdell@talk21.com and we can make an arrangement.

All of my participants and informants will be kept strictly anonymous. Of course, you might want to upload any local stories you have as pages here, too.