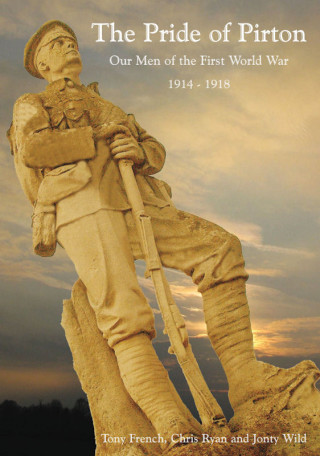 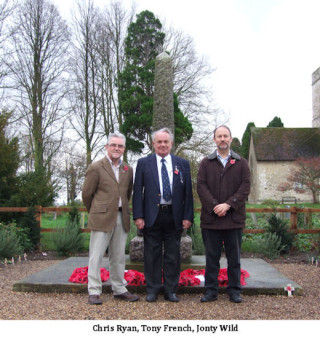 In the Great War the men of Pirton answered their country’s call to arms.  The names of 232 men with a Pirton connection are recorded as serving.  Some did so through a sense of duty to King and Country, others for adventure and to escape their humdrum lives and some were forced to join through conscription.  39 of them died – a fate shared by almost a million other men from the British Army – and 30 of them are named on the Village Memorial.

The Pride of Pirton remembers them all, those who died and those who survived.  It has involved an immense amount of research; from local newspapers to service records, from parish magazines to battalion war diaries, and from the censuses to museums.  This research was undertaken between 2003 and 2010 by members of the book team and other volunteers.  Contributions to the book were received from as far away as Canada and America.  It has resulted in an impressive, large format, professional quality, full-colour book, of 210 pages with over 300 images and photographs.

This book is predominantly the work of three villagers, whose sense of responsibility to these men and their memory has grown with the task; they are Tony French, Chris Ryan and Jonty Wild.  We hope this will become the definitive study of Pirton’s role in World War One, and for good reasons:

and perhaps most of all, because it is a village project sponsored by the people of Pirton.

The Pride of Pirton is published by the Pirton Heritage Support Group and is available via www.pirton.org.uk/ww1book or PHSG, Cats’ Whiskers, 14a High Street, Pirton, Herts. SG5 3PS or contact PHSG@pirton.org.uk.  Priced at £19.95 postage (where required) is £4.50 (UK), (Europe and ROW please request cost – sorry but it is a big book).  Payment by cheque (PHSG) or PayPal by prior arrangement.