You are here: Home>Herts history>Places>Almshouses>Pirton. John Hammond and William Handscombe 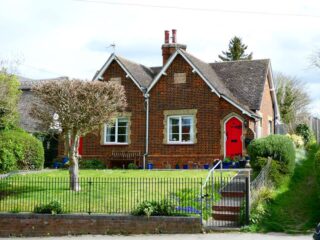 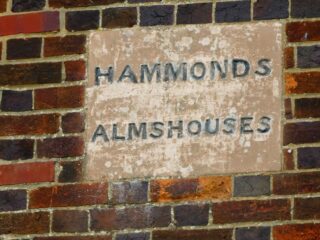 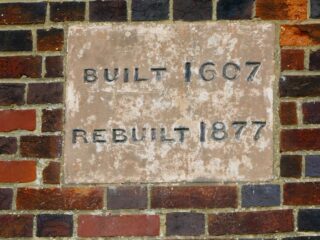 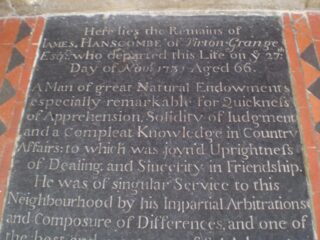 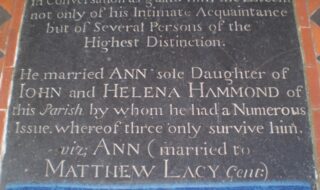 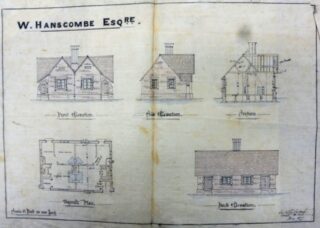 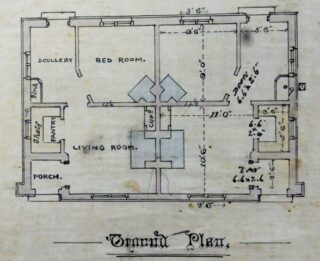 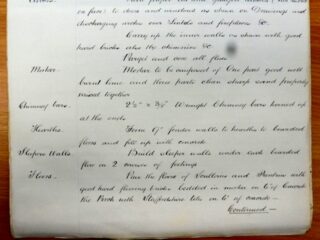 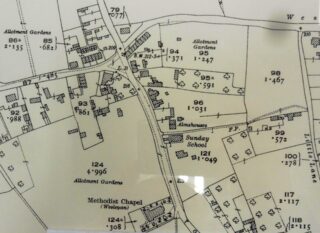 OS 25" map VI.12 1924. Note the Sunday School was formerly the site of the Wesleyan chapel
Courtesy of Hertfordshire Archives and Local Studies

John Hammond provided for the young and the old. He was a yeoman, and it seems he did quite well for himself. While others in the area had to lend the King £10 in 1625, he was asked for £15. His lengthy will dated 1641 can be read on the Ancestry website, and is also available at HALS.

For the young he arranged for rental income to fund apprenticeships. For the aged he left two cottages for two people to live rent free. According to the datestone this was in 1607. It seems he asked that Widow Smith and Widow Arnold should live in the cottages till they died. Then other tenants would be chosen by his sons Thomas and John, then their heirs and successors. Victoria County History says two poor families could live there. The cottages were to be kept in good repair.

The line of descent became Hanscombe when Ann, John and Helena Hammond’s only daughter, married James Hanscombe. This is indicated on his grave slab dated1731.

Cussans, writing in about 1874, noted there were no funds for keeping the cottages in repair; they had fallen into decay, and uninhabitable. William Hanscombe, of Pirton Grange, paid for them to be rebuilt in 1877. This explains why the almshouses are sometimes referred to as Hanscombe. The architect James Shilcock’s plans, with detailed written specifications, are held at HALS. Each dwelling had a living room 11ft by 10ft 6in, a pantry 5ft 6in by 3ft 6in, a bedroom 9ft square, and a scullery 9ft by 5ft 6in.

Just over a century later, in 1985, they were again unfit for habitation. Once more there were no funds available for repair. A grant was obtained in 1986, allowing them to be modernised and re-used. A visit in 2017 showed small later additions to the rear.

The accommodation is provided for people principally from Pirton. As happens elsewhere some contribution is now required, being an amount sufficient to cover the costs of maintaining the properties.

One newspaper article refers to a Mrs Cherry. Her son had been killed in a railway accident while working. His widow sought an administration order for the compensation, and said she would continue to pay the allowance of 1s a week which her late husband had paid.

There is also a 1934-9 photograph of Chris Dawson, an almsman, drawing water from the standpipe. It shows part of the almshouse in the background, next to the Wesleyan church. Note the church was rebuilt nearer the village, the building used as a Sunday School, and demolished in the 1960s.

A humorous but sad episode was related in a transcript of an interview with Vera Davis in 1985. Sheraton, a resident of the almshouse, was always known as Beckton as he once worked at the Beckton gasworks.  It was reported he had never washed in his life. Mr. Rushton at the shop would offer a free bar of Sunlight soap with a scrubbing brush for any woman in the village who would scrub him, but nobody ever took it up! The boys used to tease him. They used to go in the house and sit with him, then put his tie over the chimney of the lamp so it would smoke. He probably couldn’t notice whether or not there was any smoke in the room. He fell and broke his arm. They took him to the workhouse where they had to clean him up with ether soap – ordinary soap and water was no good. He died of pneumonia with the shock of being cleaned.

The almshouses are affiliated to the Almshouse Association. The John Hammond Charity is regulated by a scheme of the Charity Commissioners, 3 May 1904. Ref 234031

Document ref: 71813 31 May 1652 Conveyance to use of poor of Pirton in accordance with will of John Hammond, sen

https://pirtonhistory.org.uk/interviews/interview-miss-vera-davis-pirton-grange-1985-clare-baines-helen-hofton/ Transcript of interview with Vera Davis in 1985

https://pirtonhistory.org.uk/about-the-village/photos/  Old Methodist Chapel in foreground.  Chris Dawson, who lived in the Almshouses, is getting water from the standpipe (in use 1934-39). Hitchin Museum/ Helen Hofton Collection m366-08c. This does not seem to be available on the Hitchin Museum website.

Barnet Press 27 February 1909 page 5 col 4 refers to Mrs Cherry. This article can be viewed on the British Newspaper Archive website