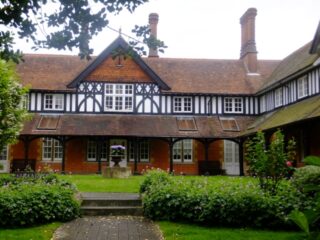 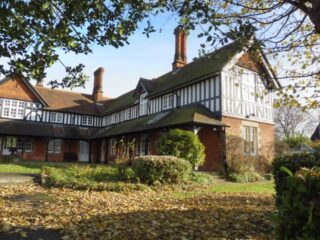 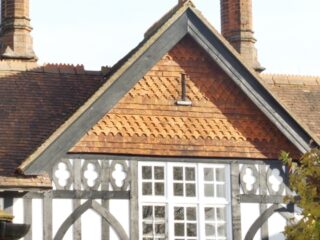 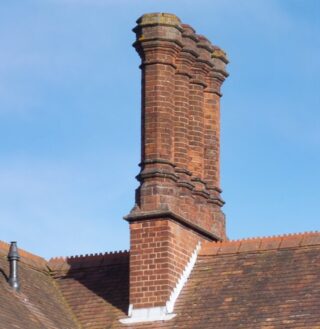 From reading Dickens, and hearing about the Industrial Revolution, we usually think of the Victorian era as one of exploitation and dark satanic mills. But there were wealthy people who cared about others. Among these can be listed Sir John Blundell Maple.

Harpenden at the end of the Victorian era was in the ascendency, developing from a village near Wheathampstead to becoming an urban district in 1898. The railway made a difference in this respect.

Sir John purchased Childwickbury Manor in 1883 and developed a fine horse-racing stud. He donated Clarence Park and The Sisters Hospital (so named in memory of his two deceased daughters) in St Albans. University Hospital, behind his London premises, gained substantial help with rebuilding.

Sir John died in 1903, leaving an estate of about £200,000. While he was successful and made enough money to join the ranks of the gentry, he also used his wealth to help others.

He cared about his employees. In 1897 (the same year as Queen Victoria’s jubilee) he established a convalescent home (later known as Akrill House) and almshouses in Harpenden, though a Herts Advertiser article indicates they were under construction by the end of 1895.

Maple Flats was established for retired employees. They consisted of 16 one bedroom dwellings, along some financial provision. The appearance from the front shows they were attractive buildings, not just token gestures. They were built in a mock Tudor style, with colonnades round a central courtyard. The gable tiling and the chimneys were suitably ornate.

These flats continued in use until 1990, when they were sold to developers and are still occupied as private flats. It seems that the District Council succeeded in getting a conservation order; in the conversion their distinctive character was preserved. The business itself went out of existence just 7 years later.

Maple Almshouses and General Benevolent Fund was registered with the Charity Commission, ref 214390. Registered on 26 Jul 1963, it was removed on 10 Mar 2005. The objects were:
‘The trustees shall apply the income of the charity for the relief either generally or individually persons who have been employed at any time by the company or the wives widows and dependents of such persons who are in the conditions of need hardship or distress by making grants of money or providing or paying for items services or facilities calculated to reduce the need hardship or distress of such persons: provided that in applying the said income the trustees shall give preference to such persons who were previously employed by Maple and Company Limited or the company.’ Note there are no age restrictions and relatives were included. It would seem that even people who had been employed decades before could be eligible, providing an ongoing benevolence.

The Victoria County History of the County of Hertford ed. William Page
Vol 2 p296. No reference to Maple, but does note the growth of Harpenden
Issued Archibald Constable & Co 1908. Reprint by Dawsons of Pall Mall 1971  (ISBN 0 7129 0476 X)
Available online  at https://www.british-history.ac.uk/vch/herts/vol2/pp294-297

http://www.hertfordshire-genealogy.co.uk/data/places/places-h/harpenden/harpenden-maple.htm includes sketch of convalescent home and almshouses and a photo from the 1930s

Herts Advertiser Saturday 16 November 1895 Page: 5 col 7
The almshouses and Convalescent Hospital now being erected, must add greatly to the importance of the most rising and prosperous village in Hertfordshire. We have been informed that many plots of land have been resold at an increased price, and even Sir Blundell Maple has purchased some of his land back for the advantage of the hospital.. This article can be accessed from the British Newspaper Archive website.