You are here: Home>Herts history>Places>Almshouses>Royston. St John and St James 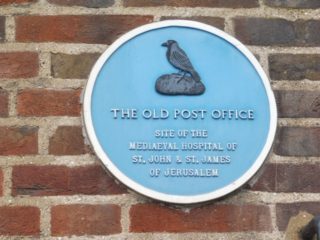 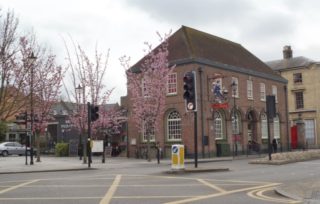 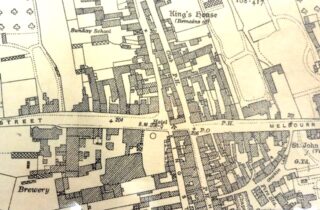 OS 25" map IV.8 pub 1923. The site of the almshouse is annotated hotel just below the centre of the image and is to the lower left of the word
Courtesy of Hertfordshire Archives and Local Studies

Information about this establishment is shrouded in the mists of time and it may well be that it was not an almshouse (for long-term residence).

Founded in around 1227 by Richard Argentein, the Sheriff of Cambridgeshire, its purpose was to act as a leper hospital, probably for monks and nuns, and to provide relief for poor travellers. It may be that poor lepers were admitted at a later date. Victoria County History vol 4 notes, ‘Possibly it was a hospital not only for the sick but for poor wayfarers: in 1389 it is mentioned as the house of alms and the Chantry Returns ……. report that it was founded for the relief of poor people coming and going through the town of Royston’. This could be taken to mean transient relief rather than something on a long-term basis.

Walter de Gray, Archbishop of York, granted an indulgence of thirteen days to all who contributed to the support of the sick brothers and sisters coming to the hospital of the Blessed Virgin Mary and St. James of Royston. This highlights its function as a place for the sick. There is a reference to a house of alms in Lond. Epis. Reg. Braybrook, fol. 398 d.

There is a plaque on the wall of ‘The Jolly Postie’ public house in Royston marking the site of the hospital.

The Jolly Postie public house, formerly the Post office, was built on the site of the old leper hospital. Dead Lane (possibly due to the number of deaths in plague times) was renamed Back Street, and is now King Street.