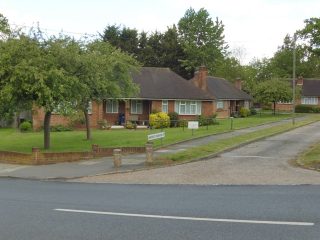 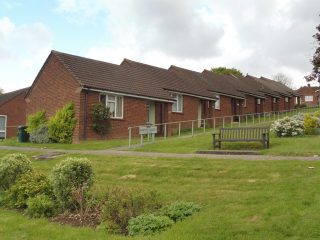 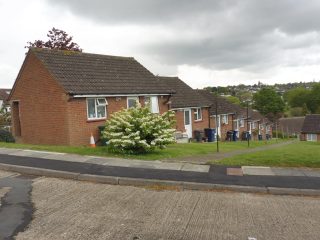 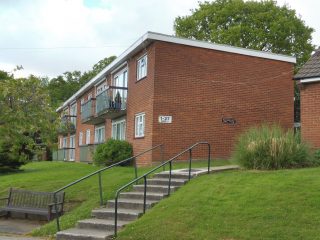 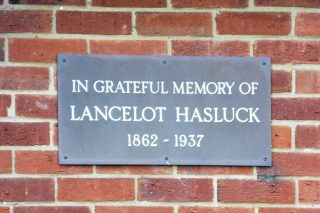 When he was vice-chairman of Jesus Hospital, Lancelot Hasluck realised there was still a great need for almshouse provision. That led to the building of a substantial estate, which he did not live to see. After Ravenscroft, he is probably the second most generous benefactor in Barnet. Even so, it seems he was very modest about what he did for others.

Born in 1831, he was probably born into some wealth as his father owned Greenfield Estate and had business activities with his brother in Hatton Garden. In his twenties Lancelot became a chartered surveyor, though that may so he could manage his estates. Lancelot never married. However, he was active in local politics and philanthropy. He was on the local Council for about 40 years, and was involved with local education and charity.

Most almshouses were intended for single people, predominantly women. Hasluck’s trust, established on 18 September 1931, originally had the aim of providing housing for married couples. The Charity Commission citation is, ‘The Charity provides unfurnished dwellings for married couples and single persons aged over 55 who are fit and able to care for themselves, have lived for a significant period in the past 20 years within the area of benefit (London Borough of Barnet with preference given to the pre 1965 Urban Districts of East Barnet, Chipping/High Barnet and Friern Barnet) and can establish housing need’. The detailed specifications may have altered over time and are defined in more detail in the annual accounts.

Lancelot died in 1937, just before the outbreak of World War II. Hence the first almshouses did not open until 1951, the first phase being completed by 1956. Mallory Gardens followed in 1967, 8 flats were built in 1973, and three single bungalows in 1983. Gelder notes that in about 1979 there were 41 homes, with provision for 71 people.

Most almshouses cater for those who can live independently. In 1977 a house at 40 Station Road, Barnet was purchased. It was converted into flats, with resident warden, to cater for those who had extra needs. This building was sold in 2002 as it no longer suited its purpose.

The accounts filed with the Charity Commission reveal some interesting day-to-day matters. Paths have been relaid, fire doors installed in the flats. There is constant monitoring of the residences, and forward planning. Any vacant dwellings are refurbished before any new residents arrive. The grounds are well kept with flower beds and trees. There are arranged activities such as Scrabble meetings, and a visit by a local school choir. This all paints a picture of a community which is managed in a professional manner. There are 4 full time employees.