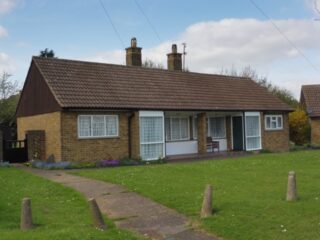 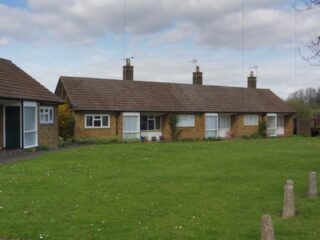 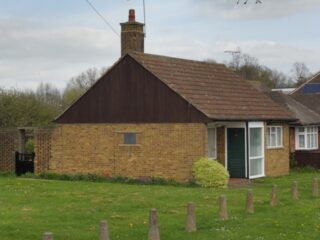 At Hitchin, there were discussions with Tilehouse Street Baptist Church about acquiring land adjoining their burial ground so that 2 almshouses could be built. Eventually 6 almshouses were built at 72 – 77 Periwinkle Lane in about 1954. The plans were drawn up by Paul Mauger & Partners, of Welwyn Garden City (who also designed the Coralie Glyn almshouses in Welwyn Garden City). It is noteworthy that the buildings at St Ippolyts and Hitchin look so different. They had a living room, bedroom, kitchen, bathroom & WC, store and sun porch.

A number of residents’ names are included in the documents stored at HALS. Tenancy agreements also exist, being the same for the Hitchin and St Ippolyts almshouses. Garden allotments at the rear of Periwinkle Lane were available for rent for 2/6 a year plus rates, on a six monthly basis.

The charity is affiliated to the Almshouse Association and registered with the Charity Commission ref 209758.