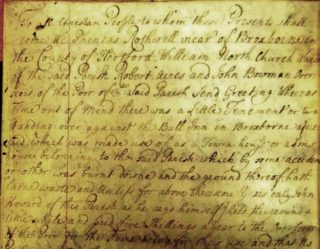 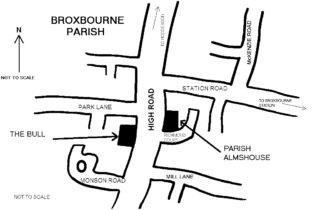 1 or 2 tenements were erected before or during the reign of James I (working back from the ‘time out of mind’ comment). After they burnt down around 1660, the site was waste land for about 65 years, except for a period when it was used as an orchard, until the site was assigned to Laetitia Monson so she could build her almshouse on the same site. A site of just over 20 metres square (less than three tennis courts) may seem small for an orchard, but one technique of the period was to train fruit trees against a wall or along a trellis to maximise the crop and to make harvesting easier (this was known as the espalier method). This, of course, is conjecture.

Laetitia Monson’s will confirms this information, but does not add to it.