A History of senior football in St Albans - Part 3

From strength to strength 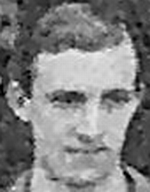 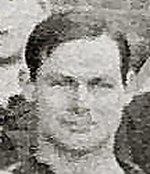 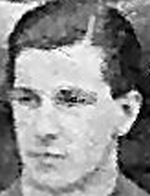 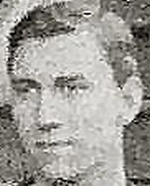 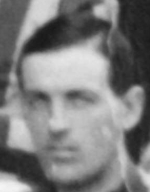 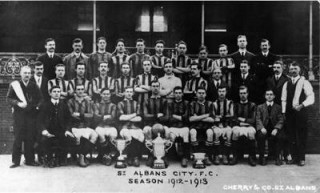 The two highest goal scorers from the 1908-09 season, Tommy Walker and Leslie Hosier were retained for the new season. Most of the other players were also retained. After the first two games former captain Tommy Noel decided to retire. He later became a linesman. He had joined the club from Abbey United at the foundation.

One of the new players to the club was Freddie Fayers who went on to play for Watford, Huddersfield Town and Stockport County in the Football League. Other players who shone during the 1909-10 season were Tommy Knott, Billy Hughes and George Meagher. In one three match spell the club scored twenty one goals. It was crystal clear that they were not short of firepower. In one Herts County League match later in the season they trounced Boxmoor 12-1. The Herts Advertiser said; “To say that St Albans toyed with the Boxmoor team is an understatement to say the least, It was a first class amateur side pitted against a moderate junior team. The game was almost a farce with City almost walking through the opposition”.

At the end of the 1909-10 season the club had won the Herts County League, the Herts Charity Cup and the Eastern Section of the Spartan League having lost in a play off for the overall title.

A busy season in prospect

The Herts Advertiser signalled the preparations for the new season with a banner headline which read “A BUSY SEASON IN PROSPECT”. Of the previous season’s players only two went elsewhere. Among the new players was George Butcher who would go on to play for West Ham United. Also Ernest Grimsdell, a full back who would eventually captain Tottenham Hotspur to victory in the 1921 FA Cup Final against Wolverhampton Wanderers. Ernest Grimsdell had an arrangement with St Albans that if he was not needed by Watford he would play for St Albans.

Playing in the Spartan League

Because of fixture congestion it was decided to play in the Spartan League only. Tommy Knott was converted to the centre half position from the forward line for a few games because of injuries. For most of the season the team occupied the top spot in the Spartan League until three matches from the end. They faltered to finsh a close third in the final table.

Alfred Seabrooke, an old player from Barnet Alston, was made captain for the club’s fourth season. New players included Jimmy Brandham, he became the new centre half. Another new player who caught the eye was George Edmonds who was a forward. He would later play for Watford and Wolverhampton Wanderers. Leslie Hosier had intended to retire at the start of the season but he returned in November 1911. He took over as captain a month later. The highlight of the 1911-12 season was the Spartan League title. The team also reached the Herts Charity Cup Final. George Edmonds scored 33 goals in just 18 matches.

The 1912-13 season was approaching and new players were prepared “to throw in their lot with the club” as the Herts Advertiser put it. The home match with Aylesbury United was a record breaking match. Aylesbury United arrived at Clarence Park three players short. By the time the three remaining players arrived just before half time Aylesbury United were already 9-0 down. In the second half City scored a further five more goals to win 14-0. This remains City’s highest ever score.

By this time the Herts Advertiser were calling the team “The Citizens” as a nickname. In the Herts Charity Cup Final against Hertford Town later in that season the Hertford Town goalkeeper was injured. The Citizens went wild by scoring eight goals to win the trophy for the second time.

In the F A Amateur Cup the team won at Shepherd’s Bush and then were drawn away to Tufnell Park. T Hearn, a full back, missed his train but luckily had his kit with him. When he did manage to catch a later train he changed into his kit on the train. He hailed a taxi at Tufnell Park railway station and reached the ground shortly before the kick off. Thankfully the Citizens won 1-0 with a goal from Leslie Hosier. In the third round they had to travel the long distance to the north east to play Stockton. The result was a 1-1 draw. A crowd of 2,500 assembled at Clarence Park to see the Citizens win 3-2 with goals from George Edmonds, Ernest Grimsdell and an own goal. The team were beaten in the fourth round away at Bromley. It was the furthest to date the club had gone in the Amateur Cup.

The Citizens finished as runners up in the Spartan League but they won the Herts Charity Cup. They also went further than ever before in the Amateur Cup.

Out of the FA cup!

The Citizens began the 1913-14 season with a shock. They were knocked out of the F A Cup at the first hurdle by Page Green Old Boys. Ernest Grimsdell was alternating between Watford reserves and the Citizens. Because they were playing so many cup games in the Amateur Cup, the Herts Senior Cup and the Herts Charity Cup they had many league games in hand. They were lying fifth in the table at Christmas 1913.

Third in the league

They had another nasty shock when Southall knocked them out of the F A Amateur Cup in the 1st round. They made up the games in hand to be in second place at the start of February. Jimmy Brandham was presented with a kit bag for making 100 consecutive appearances for the club. Yet again towards the end of the season the team faltered to finish third in the Spartan League behind Chesham Generals and Aylesbury United. James Brandham’s total reached 106 consecutive games.

George Edmonds left to join Watford and Ernest Grimsdell became the first St Albans player to be picked for the England Amateur International team when he played agasinst Sweden Amateurs in Stokholm on June 14th 1914. England won the match 5-0.

Shortly after this events in Europe were to dictate that this would be the last football season for some time.