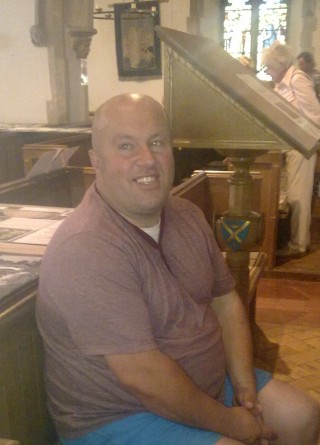 I was born in St Ippolyts - my Mum lived on the green opposite the church. I’ve got three brothers and we’re all from the village. Dave’s out in Australia now.

The best thing was we used to walk down to the little school. It was very different then, the roads were safer, it was an ideal childhood. My Mum used to give us 5p as the building on the corner was a sweet shop – Edna and Jack’s. We used to come to the church for plays and we had to come to Sunday school and collect little stamps for our books to show we’d come. It was the one thing we had to do. There was a little football pitch (which is still used) opposite the graveyard (which means it is a Christian cemetery). We used to play other villages at football as far as Weston.

I remember it was so loving and caring and everybody got on.

‘Still cuts the grass with his shirt and tie on’

My Mum and Dad died a couple of years back and are up at the cemetry now. My Mum’s Mum and Dad are up there too. My Uncle Cyril is still going strong – he still cuts his grass with his shirt and tie on. He’s fantastic!

Only six months from their Golden Wedding Anniversary

My Mum and Dad were married in the church here so was Uncle Cyril and my eldest brother. They were just six months away their 50th wedding anniversary when Dad died.

I still see a few of the old faces around.