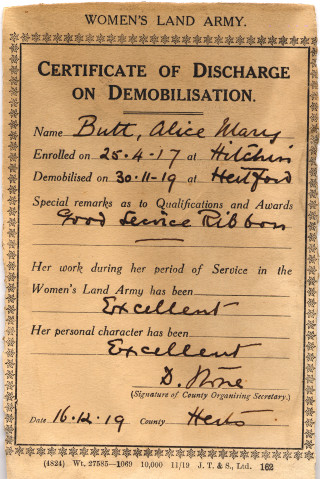 After the war had ended, Land Girls still had a vital role to play. Many of the troops were not coming home immediately because they were on occupation duties abroad. At the same time, the Prisoners of War (POWs) on whom many farmers heavily depended were being repatriated. This led to a shortage of farm workers and many Land Girls stayed on for the next few years to continue to work the land.

When the time did come for them to leave the land, most women took with them happy memories of the great sense of camaraderie that had grown amongst them. Many had made lifelong friends. For some women, their time in the W.L.A. was a life-changing experience and they never went back to their former jobs.