A hostel and base in Watton at Stone

Although many determined and patriotic young women went out to work on neighbouring farms from their hostel in our village High Street, our story starts with a young 17 year old employed in a china shop in Kenton, Middlesex.

When I met Agnes Taylor – nee Mant – this delightful lady proudly showed me her congratulatory card from HM the Queen on the occasion of her 65th wedding anniversary.

Back in 1942 Agnes, who professed to have absolutely no knowledge of gardening or horticulture, was moved to offer her services towards the national war effort. Despite her being under age, an interview with the Harrow Youth Committee established her wish to work on the land. Seven months later a letter arrived from the Women’s Land Army in Uxbridge instructing her to take a train on 28th December 1942 to Hertford North station, where she would be met, being sure to have with her various essential items including her gas mask.

Bearing the registration number 99097 she was to come under the care of a Mrs. Scott at County Hall in Hertford, her billet was to be the WLA Hostel at Watton at Stone, and her pay was to be 40 shillings (two pounds) for a 48 hour week – a considerable improvement upon her pay at the china shop.This was the start of four happy years for Agnes with the wartime Land Army.Just opposite the Methodist Chapel in Watton High Street was the hostel which Agnes was to share with twenty or so ‘land girls’ for the duration of her service until her release in 1946.The first of the pictures was taken, across the road on a grassy bank in front of a detached cottage. 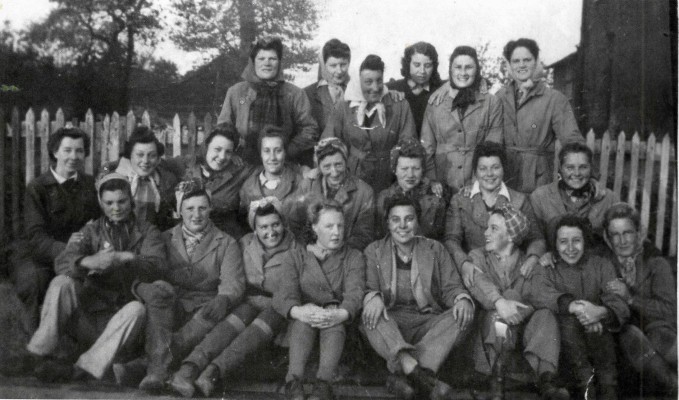 1) Group photograph – opposite the hostel.

The girls would be employed at various farms in the locality, depending upon need by the farmers, in a variety of tasks ranging from hedging and ditching, weeding and cultivation, to harvesting of various root crops and corn.Only extreme weather would find them in the hostel with time on their hands. Agnes’ recollection of the farms worked included – Bacons Farm at Bramfield – the Hay family also farming near Panshanger, Bardolphs Farm at Watton, Lordships Farm at Dane End, Waterford Hall Farm – farmed by George Little – Whempstead Farm, Park Farm at Aston, a Mr Pearman’s Farm at Walkern, and Bury Farm at Hertingfordbury – farmed by a Mr Quemby and where she met her husband to be. 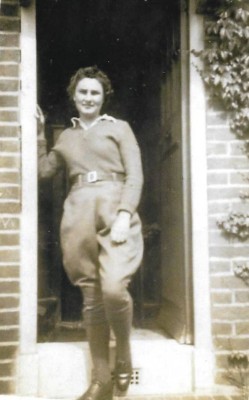 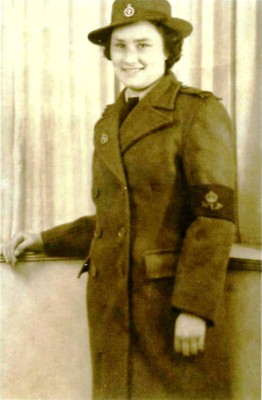 Sometimes the Land Girls would be assisted by German or Italian prisoners of war, who were said by Agnes to be “good workers”

Frustratingly no detailed photograph of the hostel’s exterior seems to exist, the site, bordered at the rear by the River Beane and to the right by Mill Lane, long having been given over to private housing. The building is said to have been ‘T’ shaped. The following two photographs show some of the girls outside the hostel, and some of the exterior of the building. 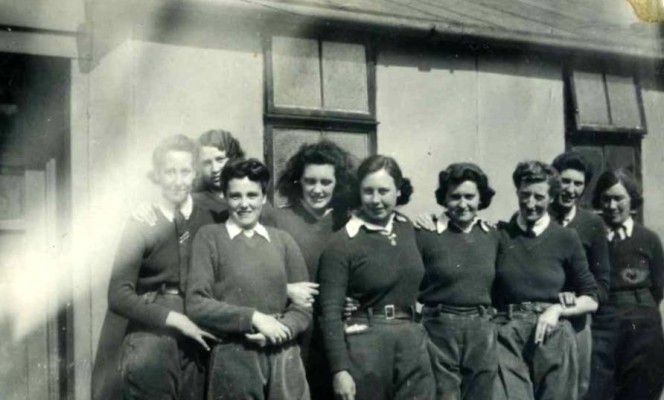 Key to the photograph above – from the right Sally Duke, Doris Goodacre, not sure, not known, Doris Evans, Mabel Williams, Sadie Guise, not known, not known. 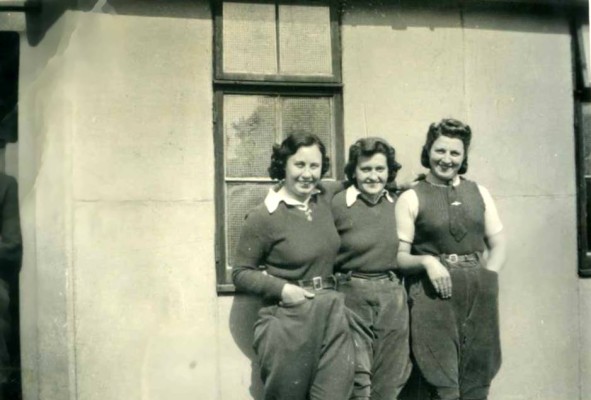 However the next photograph shows the girls dressed up for the evening, 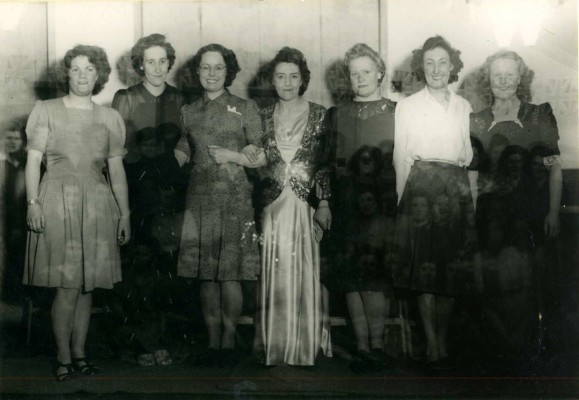 A function at the hostel

be it a dance when service men from the nearby (‘hush hush’) Frogmore Hall would be welcome guests, or a visiting troupe of ENSA entertainers including, on at least one occasion, the well-known comedian Charlie Chester.The third group photograph seems to suggest a more noteworthy celebration – possibly VE Day? 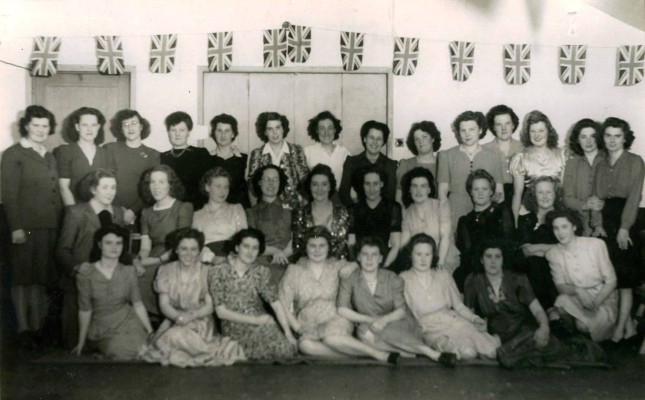 A more noteworthy celebration at the hostel?

Fortnightly leave was given, with the ability to visit (old) Stevenage by the occasional bus but,it would appear that the local Duleys Stores catered for most needs.

Agnes spoke fondly of her time in the Land Army and then went on to tell me how she met her husband to be – Gordon Taylor. It would appear that Gordon, a member of a family which goes back many generations in Hertford, was a wholesale vegetable merchant and he first met Agnes in the course of his business at Bury Farm, as mentioned earlier.

New Year’s party at Watford, with HRH The Duchess of Kent 1946

I had the pleasure of meeting Agnes and Gordon at their home in Bengeo as they were about to celebrate 65 years of marriage. 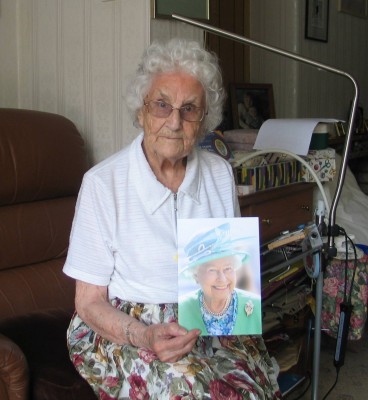 Agnes Taylor nee Mant, with her congratulatory card from HRH The Queen.

As this article progressed more and more photographs began to appear, and these follow. 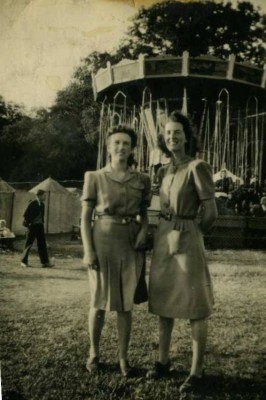 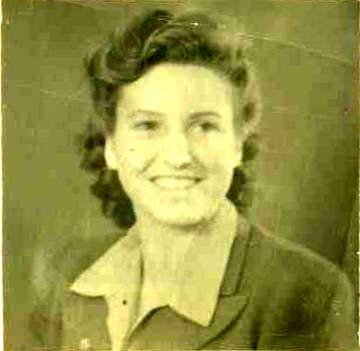 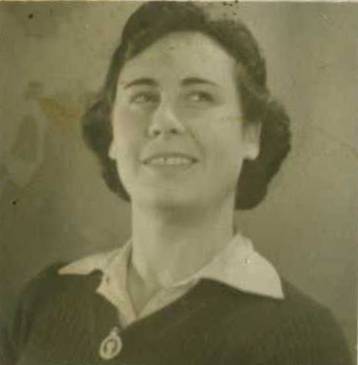 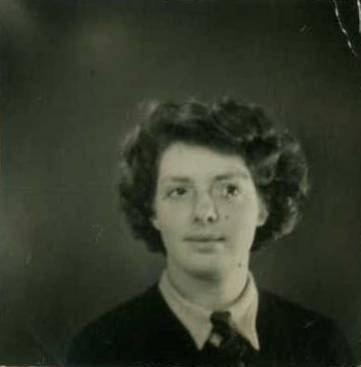 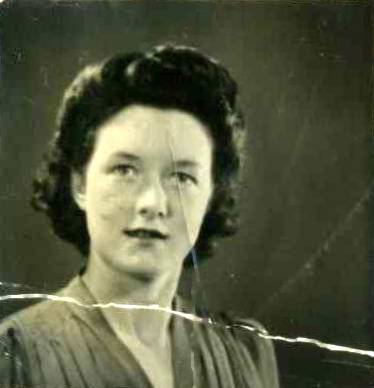 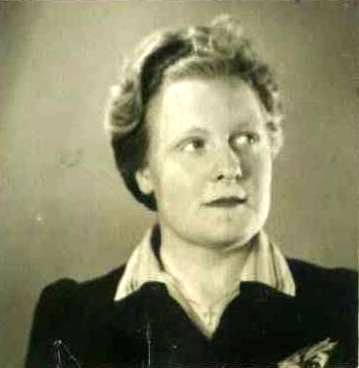 Agnes continued to serve until released in 1946, marrying her husband, Gordon, a few years later and setting up home in Bengeo. 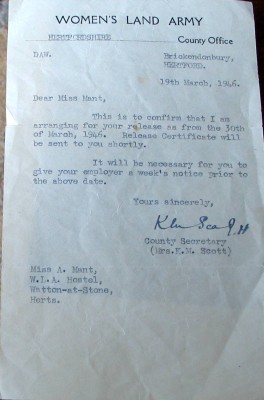 The final picture is of the letter of thanks sent by Queen Elizabeth. 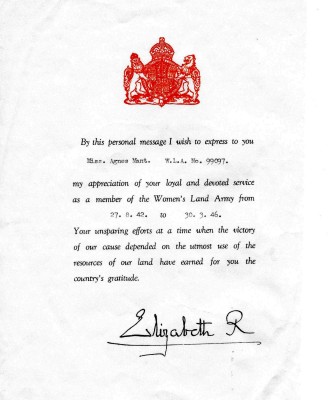 Letter of thanks from the Queen

It has been a great pleasure and a privilege to have been involved in putting this article together. If any reader can put a name to any of the blanks or add a comment, I shall be delighted to pass them on to the family.