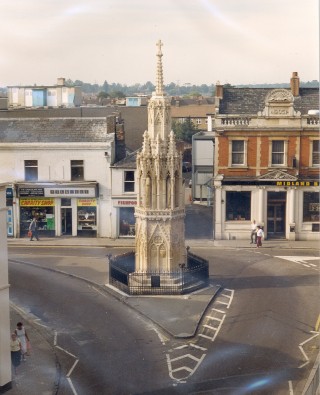 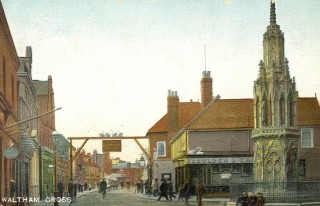 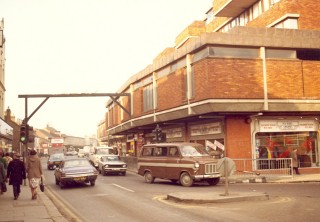 The photos shown are to do with Eleanor Cross and the area around it before it was made into a pedestrian area. The charity shop no longer exists, Fishpools has since expanded into two buildings. The cinema is now a Bingo Hall and the Woolworths has been replaced by Poundland. The owner George is still there.

The 242 bus used to go through the main road under the four swans leading onto Crossbrook Street. There are now shops outside the Shopping Pavilion in Eleanor Cross Road. The record store now known as Moondance used to be called Trumps and used to be inside the Pavilion. As did the Butchers. there used to be an indoor market inside the shopping centre. And as you can see from the pictures, they were taken before the bottom half of the Eleanor Cross was bordered up with mesh fencing at the bottom near the iron railings to stop the pigeons flying in.

These photos spark off a load of memories.  Are there any photos that spark memories for you?