You are here: Home>Herts history>People>George Paul: A Life in Hertford>5. Becoming a Printer's Devil

Working in Hertford in the 1940s 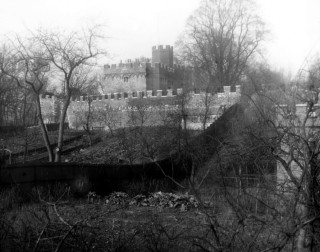 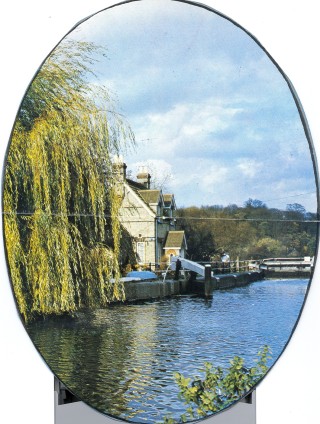 Lock Gates on the River Lea at Hertford
Roger Lee

A Printing Machine Minder is the correct name given to the actual Printer that puts Ink to Paper, and it entails a seven years Apprenticeship (on very basic Wages, mine was Fourteen Shillings a week) and you automatically received an increase on every anniversary of your enrolment date.

My first year entailed working on two Machines known as “Platens” – these were one made in England called A Victoria and Hand fed with Paper, the other an Automatic Heidelburg Platen and, as the name suggests, made in Germany. This had an automatic feeder.

Whilst working the Heidelberg one day, I did a very stupid thing and tried to wipe of some oil that drips onto the reciprocating Inking Roller whilst embossing the neck Label For Domeques Sherry, and the machine dragged my Right hand into it and crushed it. They had to cut the machine apart to get me out, and I was then rushed up To Hertford County Hospital in Mr Alister Shand’s Jag XK120, but after about five weeks I was fit enough to resume work, with the added Knowledge that Machines can Bite back!!.

Hertford in the 40s

At around this time, two boys from the local Dr Banardo’s home, Goldings, ran away after breaking into the School Armoury and stealing two Mosberg .22 Rifles and ammunition. They ran riot around the local woods and did Kill one poor old man in Panshanger Woods, a Tramp I believe, but at last they were cornered in the quater-mile rail tunnel by our local PC Baker. Evidently, as he ran to arrest them, they fired with one of the Bullets, cutting his uniform belt in half.

At the rear of Simson Shand’s was Hertford Castle Wall, and from a small Window upstairs in the stores it was possible to exit onto the top of the wall, which was around five feet wide, and in Lunchtimes some of us used to climb out and sit on it to have our Lunches, and sometimes run or walk around the top.

I graduated before too long onto the much larger Machines Called Meihles, and these were very big Presses that enabled 32 pages of a book to be printed on one sheet at a time. One of the complete Books I printed, of which I am very proud, was Winston Churchill’s Speeches of the War, and all of the Author’s Finals (pass to Press)were signed by that Great man himself. If only I had kept some of them, they would be worth a fortune to-day!

My next well-known print Job was the first edition of the Which Magazine, and we all thought it would be a five-minute wonder. How wrong can you be.

The End of the War

In 1944, D-Day arrived, and we could see all of the invasion Gliders passing overhead and many of them being picked up by the Dakota aircraft from our local Panshanger Aerdrome. Some of them broke loose and landed in the fields around Hertford. However, it carried on for days, with flight after flight passing overhead, and we were all wishing them well from the ground and even Cheering out loud.

In my first year at Simson Shand’s, the War in Europe finished with the surrender of Germany, and VE day was quite a celebration for us all, with Parades and street Parties, and some Soldiers, Sailors and Airmen coming home at last, many only to find that they had lost their Family owing to the War and the Bombing.

Very soon the war in the Pacific was also over, owing to the dropping on Hiroshima and Nagasaki, Japan, of the Atom Bomb, and that meant another Celebration for us all with VJ day.

As the War was over, a local Engineering firm near Hartham Lock and on the River Lea/Lee, near the old Widewater, started selling off long-range Petrol Tanks made for Aircraft, and for one shilling  or Half a Crown you could buy either a flat-Belly Tank or a cylindrical-wing Tank. Both of these made fine Boats, and the Belly tank made a flat raft-type Boat that you could use like a Punt, and the Wing Tanks were bolted two side by side to make a two seater Canoe-type boat. I owned the side by side version and used it for around two years, having lots of fun with my Pals on the Rivers Lea and Beane.

In 1946, my Brother came home from Burma, where he had been serving as the Flying Control Officer of Rangoon’s Mingladon air traffic control C.O. He had achieved the rank of Squadron Leader before demobilisation, and very soon Married and joined the Herts Fire Brigade, becoming in due course assistant divisional control officer.