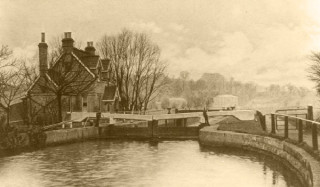 The River at Hertford Lock
Hertfordshire Archives and Local Studies 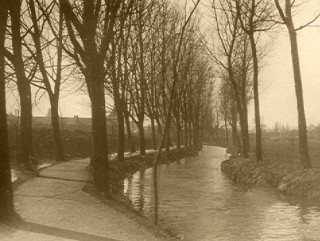 The River at Hartham
Hertfordshire Archives and Local Studies 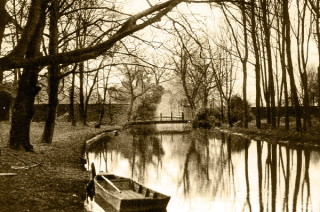 The River at Hertford Castle
Hertfordshire Archives and Local Studies 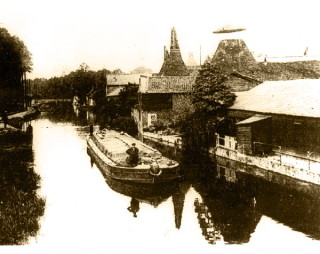 The River at Ware
Hertfordshire Archives and Local Studies 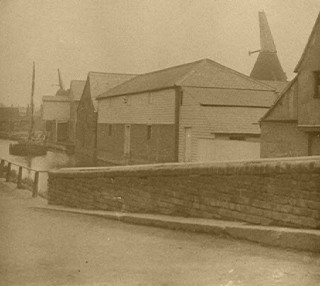 Often when I fished the River as a child in the 1950’s I used to ponder on the question of why its name was spelt in at least two different ways. However, my ponderings were only of very short duration as I filled my keepnet with dace, bream, roach and tench at Dobbs Weir on a fine sunny day, or shivered on a frosty day on the bank of a backwater near Cheshunt waiting for a pike to take my lure. I never found the answer, despite asking many fellow anglers who were pretty evenly split between favouring the two, more common, spellings.Even maps appeared divided in their spellings – some offering both versions.

Perhaps the answer lies back in the 15th century, in the two ‘River Improvement Acts’ of 1424 and 1430, when the spelling of “Ley” was used. There was, however, a later Act, in 1571, which was to improve the river greatly as a major transport link with London when the waterway was denoted as the “Ryver of Lee” or the “Ryver of Lee otherwise called Ware Ryver”. It is interesting to note that Ware, at the time, was considered an important inland port.

Research into the history of the River has revealed that, in Elizabethan documents of the period, all three spellings – Lee, Lea and Ley – were used, Lee being the most frequent. Later in 1739, when a body of trustees was appointed  for the canalised navigation of the River that was introduced in 1767, it was determined that the spelling – Lee – must be adopted because that was the official spelling in the enabling acts of parliament, and subsequently in official documents.

Accordingly, at the end of the day, it seems that the answer to the conundrum is – River Lee, or Lea, and the Lee Navigation.

With acknowledgements to ‘London’s Lea Valley’ by Jim Lewis