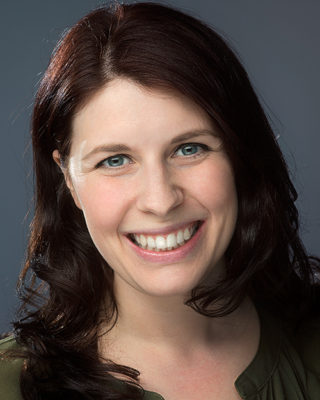 Micci Gorrod was nominated as a modern-day Herts Heroine by a member of the Hemel Hempstead Let’s Dance group.

Micci is founder of ‘The Conscious Creative’, helping people to expand consciousness, change their relationship with the limitations & create free, happy lives.

Micci grew up in Norwich, Norfolk and has lived in Berkhamsted since 2011.

When she was 17 she was accepted at the National Youth Theatre and her time with the company included opportunities such as performing at the Edinburgh Festival and the Royal Albert Hall.

At the age of 20 whilst training to become a licentiate of the Guildhall School of Music and Drama as a speech and drama teacher, Micci worked with several charities for children and adults with special and complex medical needs. This included her work as a movement leader and trainer for new staff at the Norfolk based charity ‘Musical Keys’, where she wrote and introduced a new curriculum based around drama and movement as a way for children with special needs to develop and have fun. She also ran a drama project for young adults and an after school study support club for 5-8 year olds, both for participants with special and complex medical needs at The Hamlet Centre in Norwich.

Micci then went on to do voluntary work in Rio De Janeiro with the children’s charity Task Brasil for four months. This included running drama and music sessions with the street children in an orphanage in Santa Teresa, as well as helping to prepare a rural farm where teenagers could go to learn agricultural skills.

On her return to the UK before going on to study acting, Micci worked briefly as a residential social worker with Bridge Support Services, working with difficult to place teenagers. She then graduated from LIPA (The Liverpool Institute of Performing Arts) with a 1st class BA Hons acting degree and was awarded the Philip Holt Trust award for her consistent support towards members of staff and fellow peers.

Alongside beginning her career as a professional actress she worked for three years with the London based charity ‘InterAct Reading Services’. Here she sang, read poetry and stories, and led interactive sessions for stroke patients in hospitals and residential homes.

Micci then went on to qualify as a Mind Detox Method practitioner and a Bright Path Ascension meditation teacher. The latter required her to spend a total of six months meditating up a mountain in Spain. This allowed her to anchor and stabilise her own ongoing experience of inner serenity before taking great joy in being able to share this simple and effective teaching with others.

Micci continues to support the general Ascension meditation community and those that she has taught, both in her local community and world wide, helping people to experience peace for themselves and move beyond the limitations of the mind. See thebrightpath.com.

Around this time two incredibly talented fellow acting friends of Micci sadly took their own lives. Their families attributed much of their anguish to the pressures of the performance industry.

Micci soon became aware of other actors and performers who were struggling with the turbulent nature of the profession, and feeling very lucky to have come across amazing tools that were helping her navigate the industry she loved so much, Micci decided to set up ‘The Conscious Creative’ .

The initial idea was to provide specifically designed workshops and training for actors and performers to help them address stress management and life/work balance. Practical tools and tips are shared allowing participants to stay connected to their passion, the present moment and access their creative flow and natural stage presence at will. Before long Micci and her team were delivering workshops with fantastic feedback to students and staff at performance academies such at The London Academy of Music and Drama Arts, The Liverpool Institute of Performing Arts, The Court Theatre Training Company and Tring Park School for the Performing Arts. The idea was that students could seek out support way beyond graduation.

Before long news of The Conscious Creative’s work had spread and Micci was being asked to deliver the training to broader groups including schools and the corporate world. This has included ‘Student Minds’ the UK’s Student Mental Health Charity and ‘Accelerator’; London’s business incubator.

In 2015 Micci received the great honour of being invited to open the ‘Leading Change’ programme at Cambridge University for sixty of ‘The Queen’s Young Leaders’ as a visiting lecturer. See qyl.ice.cam.ac.uk and queensyoungleaders.com. This incredible group of people consisted of 18 – 30 year olds who who were flown in from all over the Commonwealth to receive an award from the Queen for their amazing work and contributions to their communities. They also had the opportunity to meet the Prime Minister before attending the ‘Leading Change’ programme at Cambridge with experts in their field who were hand-picked to help guide them as powerful leaders of the future. Micci and her team delivered training about the nature of the mind, which included a simple form of meditation to help them stay connected to their passion without becoming overwhelmed by the tasks at hand. She then went on to offer online support seminars through out the year with the worldwide attendees in order to support their discoveries.

This led to a new partnership with one of the Queens Young Leaders award winner; Jean d’Amour Mutoni, CEO and founder of ‘Acts of Gratitude’ from Rwanda. See actsofgratitude.org. Jean asked if Micci and her team would consider traveling to Rwanda in May 2016 to deliver their training to empower the members of his NGO who aim to foster the culture of giving back through exposing, educating, and empowering grateful people, in order to create a new generation of change-makers. Micci immediately said yes, offering the training for free and began fundraising to cover the cost of expenses.

The project and training was a huge and humbling success. Micci’s shared vision with AOG remains to support and create bright, strong and aware social entrepreneurs as leaders of the future for a peaceful Rwanda. It remains her joint hope that these opportunities and tools will empower the Acts of Gratitude members to evolve the current paradigm of thinking and help create a deep stability and peace to pass on through their culture.

Micci has also now managed to secure a free scholarship starting in 2017 for one of the AOG members to travel to Spain and train as a Bright Path Ascension meditation teacher, so that they can continue to pass on some of the key elements of this impactful training.

Currently Micci is also leading a team to promote the documentary film Choice throughout the UK which is coming out on the 25th October 2016. It shows a diverse range of people making the choice for a better life through meditation. They range from ballet dancers and stressed businesspeople to cancer patients, foster children, and maximum security prisoners. Their stories show that peace is possible for individuals and communities – and suggests it may be possible for all of humanity. See choicethefilm.com to watch the trailer.