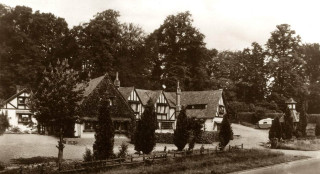 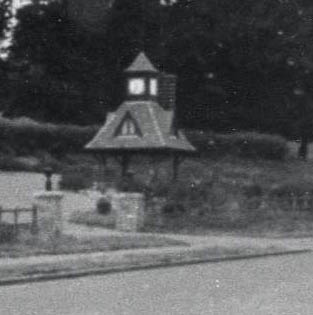 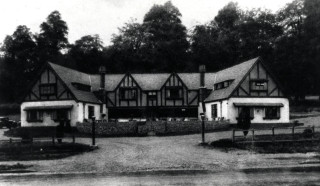 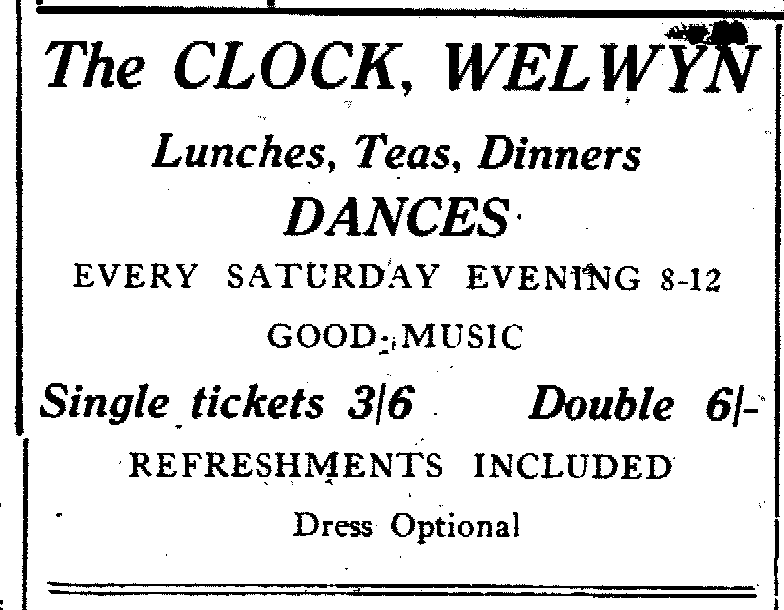 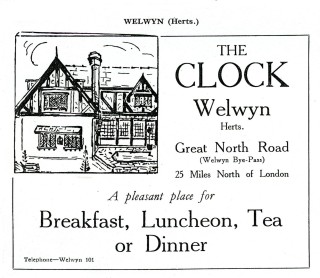 Advert that appeared in RAC guide for 1930 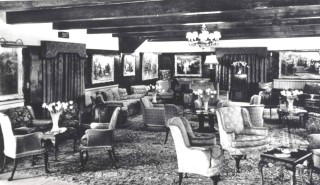 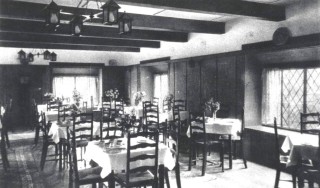 The Clock Restaurant
Published by The Clock, R.A.P.Co Ltd 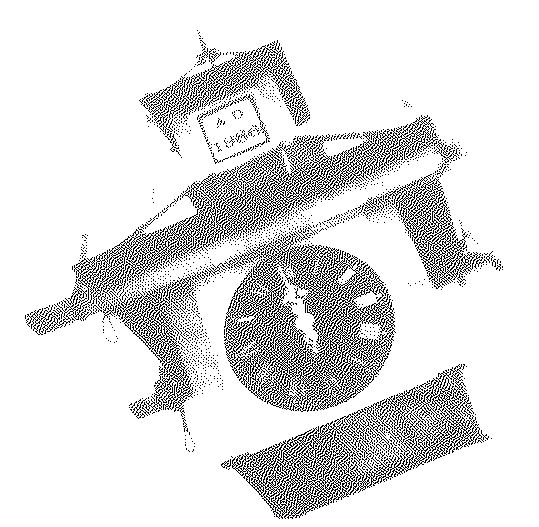 The 'Clock' being lifted into place
Welwyn Hatfield Times 1986 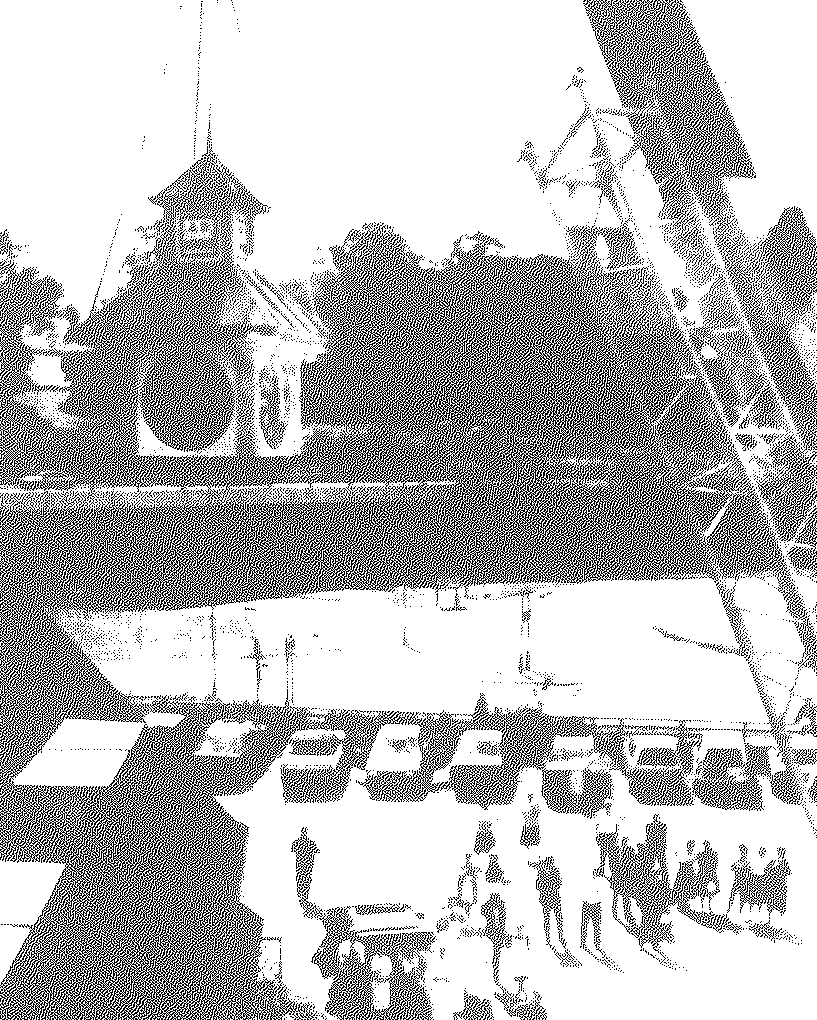 The 'Clock' being lifted into place 1986
Welwyn Hatfield Times 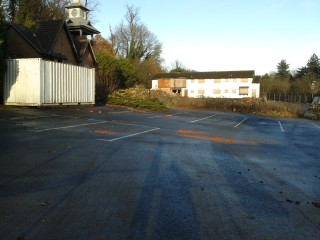 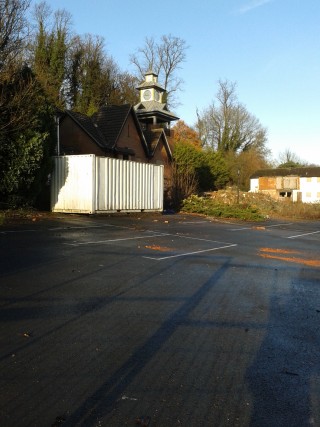 Some time before August 1929, The Clock Hotel, Welwyn was built. It was built on a site of a village playing field between the original Great North Road and the Welwyn By-pass. It was a noted Roadhouse used by pre-war car owners for social occasions.

The first newspaper advert appeared in the Welwyn Times on 22 August 1929 advertising lunches, teas and dinners

Dances every Saturday evening 8 – 12 at 3/6 for a single ticket and 6/- for a double and that included refreshments.

An article appeared in the Welwyn Times on 4 April 1935 describing “The Clock Ltd Welwyn, premises as being the first established roadhouse , restaurant and ballroom in the country”. The premises were “artistically built and decorated and a tower was a distinctive feature”.

There were tennis grounds and a swimming pool and the business was very successful, whereas the The Clock House Hotel, Barnet-By-pass, originally consisted of a garage and petrol station; a cafe was added in 1931 and in 1934 the hotel opened.

At the end of July 1935 the case went to the high court; an article concerning the case can be found in the Welwyn Times dated 1 August 1935 on page 4.There were various arguments put forward on both sides. The Judge, M Justice Farwell, “granted the Clock Ltd Welwyn an injuction to restrain the defendants, their servants, or agents from carrying on the business of a hotel, roadhouse, or restaurant, under the name of the Clock House, or Clock House Hotel on the premises they now occupy, or from carrying on the business under any description calculated to produce a belief that it was connected with the Clock Ltd Welwyn”.

In October 1935 the Clock House Hotel Ltd, Barnet By-pass, Hatfield made an appeal to the high court against the injunction.

In February 1936 The Clock Ltd Welwyn put in an application for the grant of a full licence for the restaurant to be able to serve drinks with meals.

Miss Frances Richards gave evidence in support of the application saying ” that since she became manageress of “The Clock” in July last, over 25,000 meals had been served. There was a definate demand for drinks from luncheon and dinner customers, and a boy had to be kept constantly employed cycling between “The Clock” and the “Wellington” to produce them for customers. The boy had given notice because of over-work. It was no exaggeration to say that 50% of the customers asked for drinks, and a certain percentage cancelled their orders and left when they found that drinks could not be supplied without payment in advance.”

Messrs Benskins Ltd opposed the application saying that it would bring on hardship to the brewery and other licence holders in the area.

The Justices ruled that a licence would be granted for the supply of alcohol with meals only, and it would apply to the ground floor of the premises only.

The actual clock of the Clock Hotel stood about 15 feet from the ground in its own small tower (see photos) near the entrance, which was then The Great North Road (A1). Sadly it only lasted about 20 years before the ravages of time ground its mechanism to a halt. The Tower, along with the clock was dismantled in the 1950s.

In the 1970s the Clock Hotel was bought by John Mildenhall. He was determined to replace the once famous landmark, and in 1986 a scheme to intall a new block of bedrooms gave him just the opportunity.

A clock tower was built which housed the staircase leading to the upper bedrooms. The clock itself was ordered from specialist clock-makers in Derby. It was an ultra-modern, electronically powered timepiece designed to last a lifetime.

The new clock weighed in at 3 tonnes and cost £30,000 and was the biggest built in Britain for 30 years. In its new elevated position it would be seen from the motorway. In August 1986 it was raised into its new position.

John and Doll Mildenhall owned the hotel for 16 years; they turned it from a roadside restaurant into a luxury 100 bedroomed hotel and conference centre. In 1988 they sold the hotel to the Baron Hotel Group.

In 1991 it was sold again to the Friendly Hotels Group, by which time its name had changed to the Quality Clock Hotel. By now you could not only stay at the hotel but partake in dinner dances, quiz nights and cabarets. It had also become a popular luncheon venue.

In 2009 the Real Hotel Company, that owned Quality Hotels, went into administration and in February of that year the Clock Hotel closed its doors for good. In March the hotel was put up for sale for £2.5m.

In May 2009 the clock hotel site was sold to Runwood Homes for the full asking price of £2.5m. Runwood were a care home company looking to develop the site into a residential care home. The first plans were refused but in September 2010 two sets of plans were submitted to Welwyn Hatfield Council. One for a 50 bedroomed hotel on the front portion of the site and the second for a 59 bedroomed care home on the larger portion of the site at the back with the access being in Roman Road.

Disater struck the site in November 2010. A huge fire ripped through the Clock Hotel destroying almost half of the historic building. The old ballroom was completely lost.

The flames took hold in the afternoon of Thursday 11 November 2010 and thick black smoke could be seen crossing the A1(M). Around 60 firefighters battled for over six hours in the heat to bring the fire under control.

Fire investigators believed the fire was started deliberately in the old section of the building. Fire investigation dogs were sent in when it was safe but no traces of accelerants were found.

Logan Logeswaran, managing director of Runwood Homes, was shocked and surprised by what happened. Planning permission was still ongoing for the site and Runwood Care homes were still waiting to hear from Welwyn Hatfield Council.

The last two photos were taken in November 2012. Not much left, the old part of the building has gone. The clock tower that was put in place in 1986 is still standing, but probably not safe. The whole site is now surrounded by boarding. We shall have to wait to see what happens next.