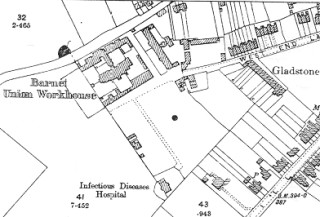 Laura Cooper was confined in the refractory ward 4 hours on Saturday for quarrelling & holding up a Knife to another inmate.

It was nearly ½ past 10 o’clock on Monday Morning before Mr Clayton sent the full weight of the Legs & Shins for the Soup. We sent them back. This is the 1 week.

Would it not be proper in future that the Person who attends the gate during the absence of the Porter should sleep in the Lodge. The Porter has heitherto locked up his sleeping apartment 7 taken the key with him to London.

Widow Granger begs Permission to go out for a few hours to see her grand Children who are ill. She has never been out before.

The Woman Granger was Permitted to go out to see one of her Children who was Ill. She returned in a few hours, friday morning 20 October.

The 4 stone of Beef sent in from Mr Clayton the Butchers on Saturday afternoon being in 6 Pieces, we took the liberty to send it back. It was very inferior in quality. He afterwards sent 4 better Pieces. This never happened from the last Contractor.*

Thomas watts Aged 12, Pauper from East Barnet, was admitted in the house by order of Board, on Monday 23 October. Put him the School immediately.

The Woman Hall’s 3 Children was sent to the house on Saturday afternoon for admission as per orders of Board, but having lernt they had recovered from the Smallpox we sent them back as per orders of Medical Officer.

Robert Nutkins, who attends toe Furnace, being told that the Fire was unnecessary large on Monday began to Swear & was abusive. I sent him out of the Cellar and said the Board should know of it.

Laura Cooper having gone into the Laundry on Tuesday afternoon got fighting one fo the inmates, the woman Collinson mearly told her she should not be there, as the order of the Matron. She used the most Horrible threatning Language when I was taking her away.

The Man Galloway and his wife who was admitted to the house on Tuesday 24 Instant by an order of Removal from Woolwich wished me to give them a pair Shoes each & their Discharge on Monday, but I of course refused.

* The Guardians became so annoyed with Clayton for the poor quality of the meat he delivered to the Workhouse that they ordered him to appear before the Board. When Clayton failed to appear the following week, the Guardians annulled his contract.