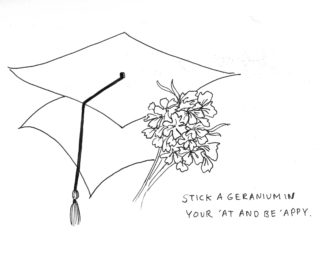 Hello, my name’s Mary. I am umpteen years old but once I was a genuine teenager, born in Portsmouth during WW2. Home was a two up and two down terraced house in the shadow of a bus depot. With two parents, two boys and me, I suppose it was a bit crowded but it was home.  Money was short but getting by was a skill my mother had in abundance.  We never once had a holiday but we did live just 15 minutes from the beach  There were 100 children in 39 houses in our road, we played out in the street,  so plenty of company until the day I started at grammar school, at which point, overnight, I was shocked to become a “Grammar school snob”.

Time for a short diversion to set the context. Feel free to skip if you are only interested in my story.  In the 1950s, throughout the country children sat the 11+ examination, normally in what is now Y6. The highest scorers went to grammar school and everyone else went to Secondary Modern school.  It was commonly accepted that most women would become wives and mothers and in my working class neighbourhood, it was a sign of success if a woman married sufficiently well that she could stay at home as a full time wife and mother.  Acknowledging this, my school required parents to sign an undertaking that we would stay at school until the end of the school year following our 16th birthday.  This caused my father some heartache – he would have been so proud had I married “ a good man” at 16 and staying on at school would make that difficult. The system allowed the brightest to take 11+ early so a small number of us were only 10 when we passed the 11+.  In turn that meant that by the time I reached my 16th birthday, I was already half way through the A level syllabus and my mother argued my case very effectively while I kept my head down and quietly worked on, going to the public library to do my homework because it was quiet there.  Government statistics show that in some areas 80% dropped out of grammar school at 15, (the legal leaving age) which my school sought to forestall.  At that time just 1% of university students were from homes classified as manual, unskilled households – the category into which I fitted.  Gender discrimination did not become illegal until 1964.

At the end of my school life, I passed university entrance exams and was offered a place. This was a shock to my parents. As above, my father thought education was wasted on women (I did say I was umpteen years old!) but my mother again worked hard to convince him I should take up the offer.  Dad was so embarrassed, he tried to avoid his friends knowing.

Then things went horribly wrong. My A Level grades were the worst results of my life (and I have taken a lot of exams since then). I retreated to my bed, too shocked and hurt even to cry.  I was working 6.00 – 10.30 and 18.00 – 20.30 at a holiday guest house that August and I went out to the phone (it would be about 20 years before my parents had a home phone) and pretended to be my mother saying I had failed my A levels and was too upset to work that evening.  They got the message I had failed everything whereas I actually had 1 B, 2 Cs and 1 E.  Because I had passed the university entrance exams, the grades were sufficient for me to take up a place but I had hoped for at least 3 As and a B and to get a scholarship.  I received joining instructions from the university but next day a letter from my Local Authority saying they could not award me  a grant because “This year after allocation to all the boys, there was only enough to fund 3 girls” and I was not one of them.

Dreams dashed I had no option but to get a job and the only one I considered suitable was in a London hospital. I had been to London 4 times in my whole life, 3 times on school outings and once for a university interview following the exams, I was both shy and still feeling ashamed and upset by my A Level results and it took me nearly 3 months to manage to return a smile or say “Good morning” by which time I was regarded as stuck up and not worth talking to except to give instructions. Isolated and homesick, I reached previously unknown depths of misery.

After much soul searching, I went to the staff Christmas party where a doctor made me his companion for the evening and in a small group of doctors and colleagues, I started to reverse my reputation and began the road forward. While in that laboratory job, I successfully completed HND in Chemical Pathology (2 years of evening classes) and rose to become the youngest ever Chief technician (partly because I chose the least popular speciality and thus had least competition).  I married at 23 (much to my parents’ relief) and had 2 children.  When they were at school, I decided I would not return to hospital work because I could not balance the possible need to carry out urgent tests affecting a patient’s life and treatment, against the need to collect the children from school or what they needed during school holidays.  I obtained work as a school technician.

Now came a stroke of luck, I discovered the Open University and enrolled in their 7th year. I was quite selfish, taking most of my salary to pay the fees but regarded it as a long term investment. Later I undertook a postgrad teaching qualification studying at evening classes for 3 years and I went into teaching at a college of Further Education.  They partially funded my MBA and I got a management role at the college.  Life was hard but I enjoyed it most of the time.  Eventually the college dropped the higher level and in-company work I had been doing and I volunteered for redundancy, planning to work as a self-employed consultant.  I got a contract to manage a project for Women Entrepreneurs at the university and was asked to undertake some undergraduate teaching.  Soon I was turning work away and had to make the choice between being self-employed, which involved nurturing clients, and teaching.  I decided teaching was a better way to approach retirement and have been there ever since, although now with a very small workload.

The university would-be entrant became a university lecturer. I maintained a good relationship with my family.  My son followed a traditional school to university to work route.  My daughter dropped out of school but later studied part time alongside her family following a similar route to mine but working with the youngest school children rather than the oldest learners I taught. I do not have a PhD but perhaps that’s something for retirement.  I am also blessed with 2 children, 5 grandchildren and one great grandchild – all in regular contact.

Once I had a tea towel with the slogan “Life ain’t all you want but it’s all you’ve got. Stick a geranium in your ‘at and be ‘appy”.    OK, what colour geranium today?