The Diaries of Henry Lomas, August 1826 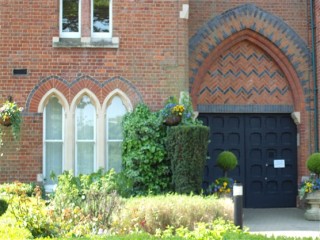 The Harvest unusually forward in this part of the country in consequence of the unprecedented dry weather.  Very little corn in the fields at the commencement of this Month.

The levy money paid this year by the Parish of Watford amounted to £230.

Two Boys of tender years named Winfield and Taylor were committed to St Albans Gaol for one month by Mr Wm Capel for being found fishing in the tumbling bay ditch (on the River Colne) and on the following day I suppose finding himself in error ordered them to be liberated.  To stop legal proceedings against him he gave the Boys a Guinea each.

Between the hours of seven and nine post Miridian there was one of the most dreadful storms of thunder and lightening ever remembered by the oldest inhabitant. The element appeared to be in continual blaze.  Fortunately no serious injury occurred.  This storm was very general.