Of the twenty-six historical Hoddesdon pubs recorded on the Pub Wiki website, a mere handful now survives. Five of them, though, are listed buildings — four in the town centre, and one slightly out of town.

The White Swan, with its exquisite timberframed structure, merits a Grade 2* listing, while the remaining four are listed as Grade 2: The Golden Lion, The Bell, The Star (until recently The Salisbury Arms) and The King William IV. 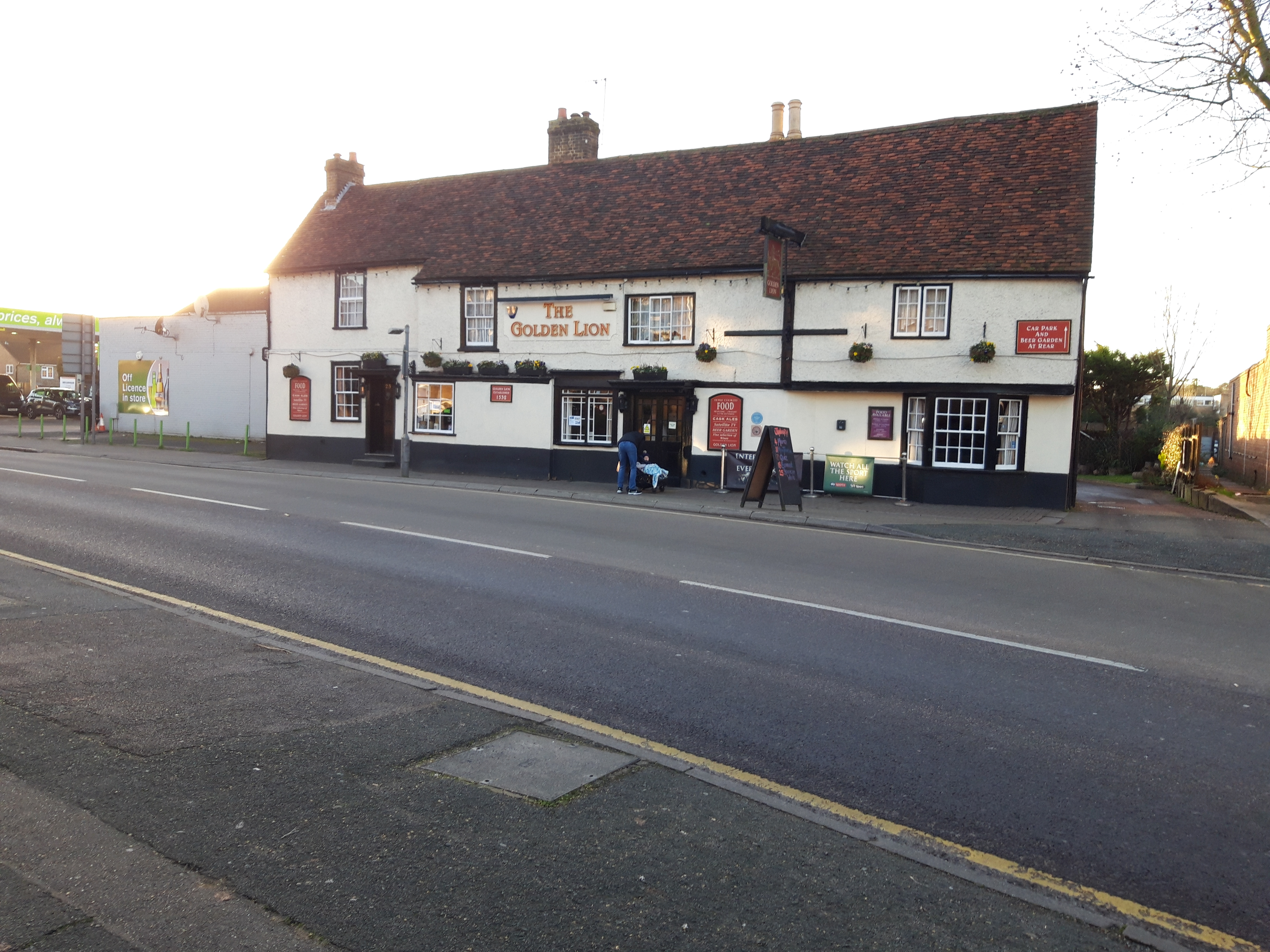 At the south end of the town centre, almost opposite the modern St Augustine’s RC church, the Golden Lion is one of the oldest of the surviving Hoddesdon pubs. It’s believed to have been founded in 1535, although this isn’t certain. The listing describes it as:

Records of the pub’s licensees go back to 1806, when the Victuallers Recognizances gives the name William Hunt. He continues to be named in a variety of sources until sometime after 1828 and was briefly succeeded by a John Hunt, before the pub passed in succession to the Jones, Giblin, Bailey and Standingford families.

The 1881 census gives Henry T Griffin as the licensee. He appears to have acquired the licence by marriage, since the census lists three step-children with the surname Standingford. Henry continues to be listed until 1912, but the 1914 Kelly’s Directory gives the landlord as Francis George Turner. The last landlord listed in the public records is Frank Turner (possibly his son) in 1937.

The Golden Lion is still thriving today. That part of Hoddesdon, where the bypass rejoins the High Street, may have changed radically, but the pub’s 16th century façade still graces the west side. 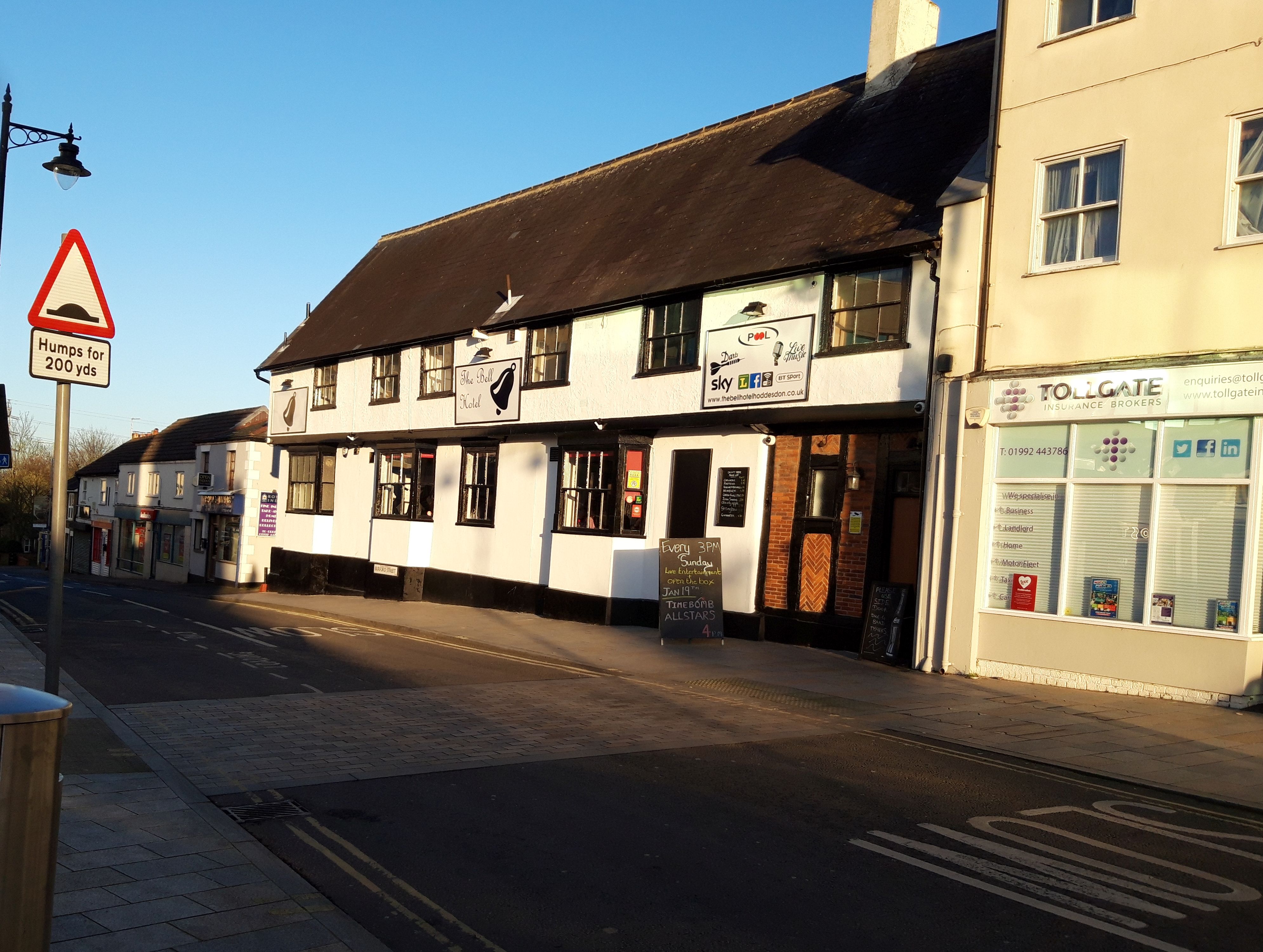 Standing on the east side of Burford Street, now opposite Costa Coffee, the Bell also dates back to the 16th century and has survived the ravages that part of the town centre has suffered since the 60s. Though not as obviously attractive building as some of the other pubs, the Bell’s architecture rewards closer investigation. The listing’s description says:

The first licensee recorded by the Victuallers Recognizances was John Aylin in 1806, but from at least 1817 the pub was in the hands of the Wright family for most of the 19th century. Other licensees in the late 19th and early 20th centuries included Charles Andrews, Frederick Dorman, Charles Shipp, Thomas Childs and Edward Humphreys. 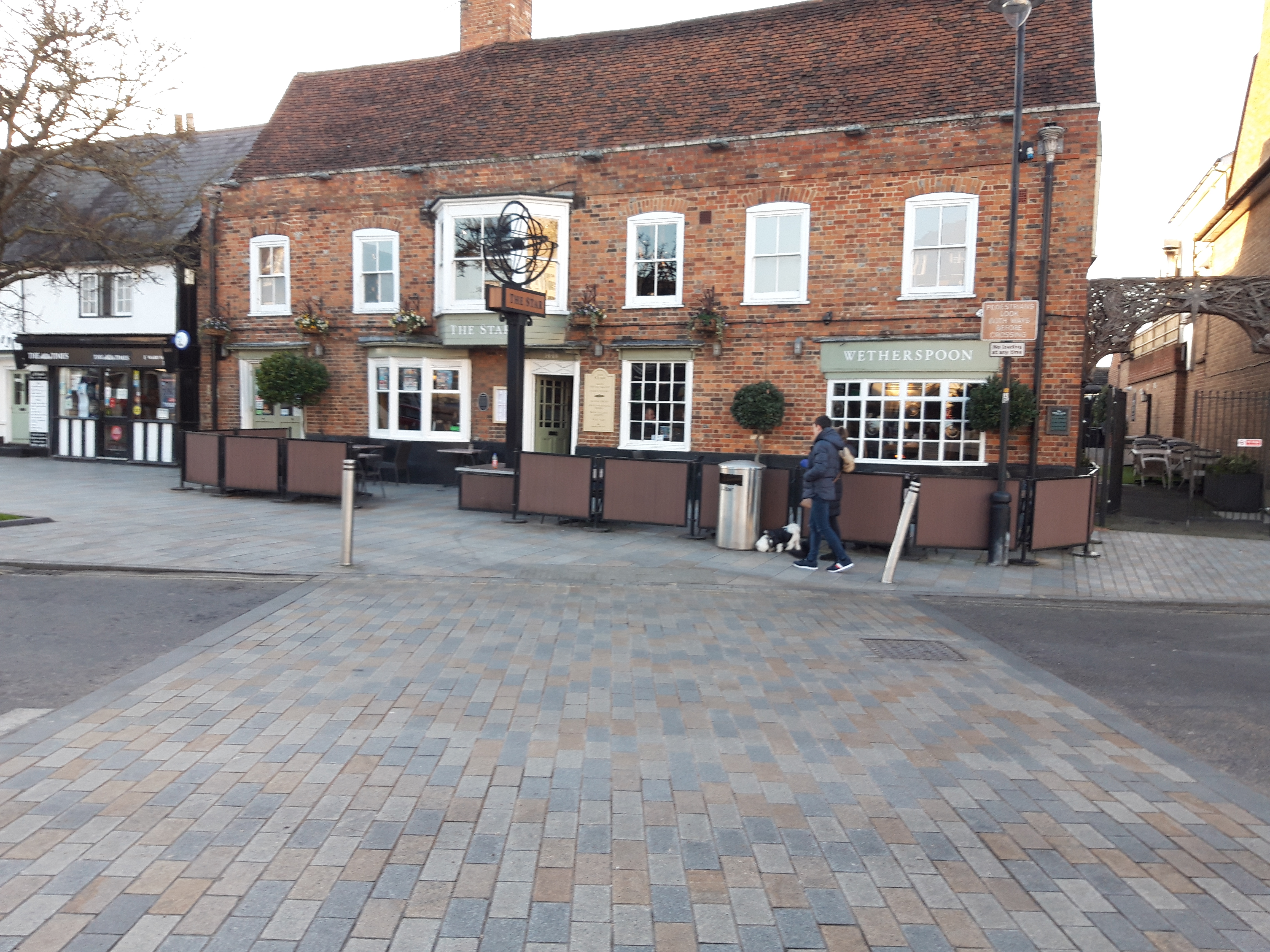 The Star (formerly the Salisbury Arms)

Almost directly opposite the Bell, beyond the shopping centre and Clock Tower, the star stands on the west side of Amwell Street. Until recently, it was called the Salisbury Arms, but after renovation and reopening under the Wetherspoon brand in 2014 it reverted to the name by which it was known in the 16th century (though in a modern spelling).

According to the original listing, the building is described as:

However, during the renovations evidence came to light that may push back its history, perhaps pointing to it originally being a mediaeval open hall. The Wetherspoon website chronicles its rich history in some detail, so I’ll briefly summarise it here.

The building is now known to date back to at least 1450, and during the 16th century its name seemed to fluctuate between the Starre and the Blake Lyon. It was bought by Lord Burleigh who, as Lord of the Manor of Theobalds, owned a considerable amount of the land in the area, then passing to his son Sir Robert Cecil, later the Earl of Salisbury — hence the pub’s later name.

Restored in the 17th century, it traded as the Black Lion till the early 19th century. When its sign blew down in a storm, however, it was replaced with a sign bearing the new name, the Salisbury Arms. It closed under this name in 2013 and was bought by Wetherspoons, who reverted to the pub’s oldest known name. During the restoration, not only was the fine timber-work uncovered, but so were several Elizabethan wall-paintings, representing fine examples of the genre. These are now on display in the pub behind glass. 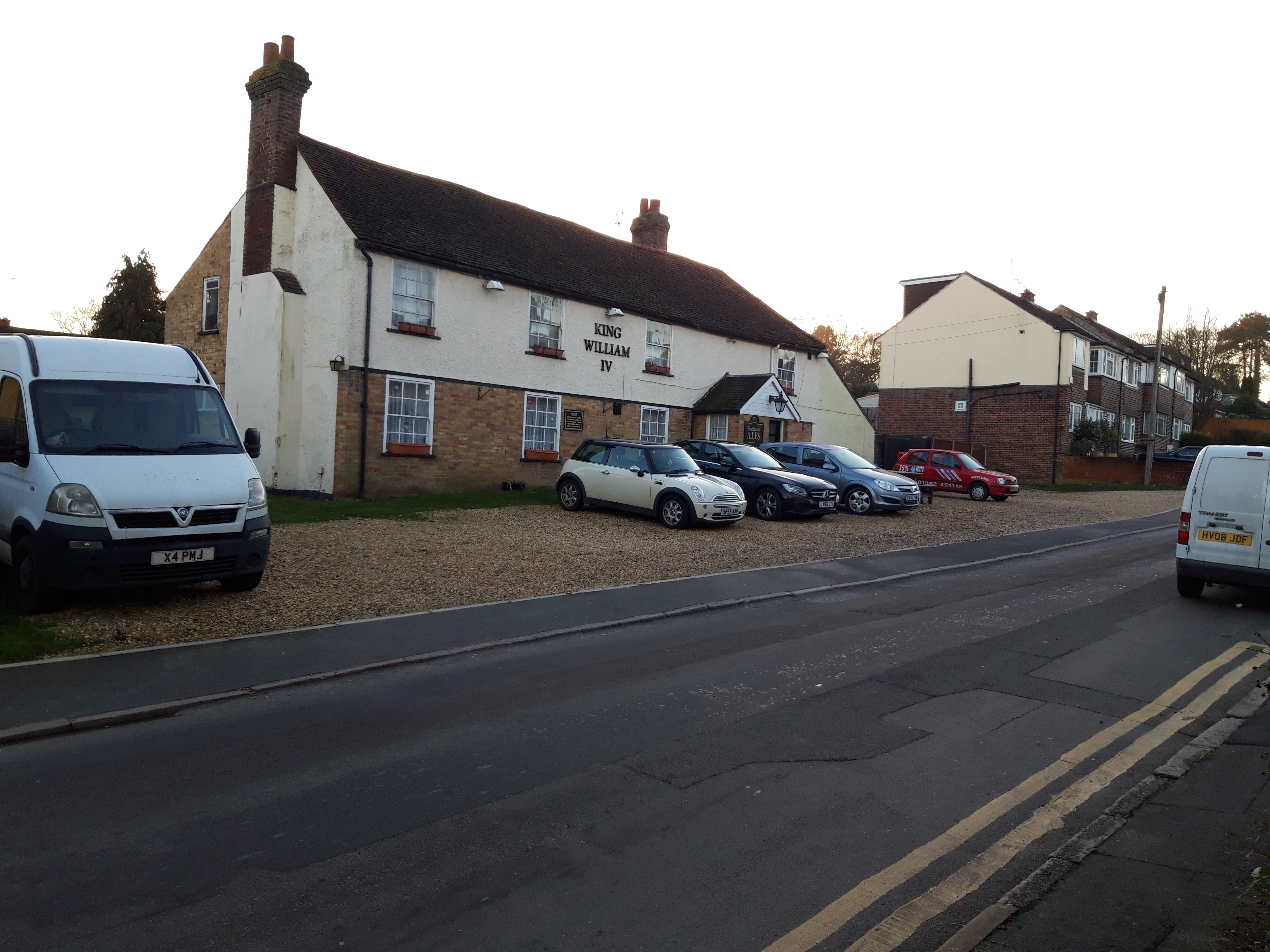 While the other listed Hoddesdon pubs are either in the High Street or one of its continuations, the King William IV is slightly out of the town centre, several hundred yards up Lord Street. Fewer people are familiar with this pub, perhaps, but it’s a fine 17th century building.

The listing describes it as:

Although the building goes back to the 17th century, the first record of a licensee comes with the 1851 census, where James Ashford jun. is described as “Shoemaker & Victualler”, suggesting the pub didn’t fully support his family. Job Willett had taken over by 1867 and Thomas Aylott by 1886, after which Ephraim Pittis was quickly succeeded by Mrs Matilda Pittis, presumably his widow. She was still there 1922, but for much of the 20s and 30s the pub was under Mrs Margaret Phipps.

Late in World War 2, a pub in Waltham Abbey was destroyed by a V2 rocket. The licensee there, Mrs Vera May, survived the blast, and she subsequently took over the King William IV. The pub is still open, serving the community living in Lord Street and the surrounding streets.