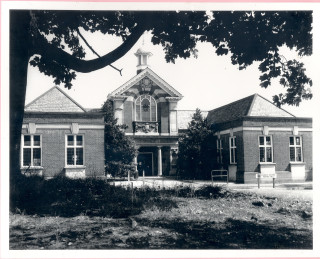 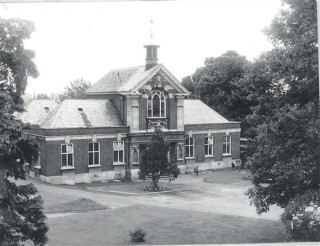 The public library is the intellectual heart of most towns, and Cheshunt is no exception. Opened in 1907, Cheshunt Public Library has not only provided reading inspiration for generations of local residents (especially children) but has also become synonymous with local history, through long-serving librarian and Cheshunt historian Jack Edwards.

The library was one of around 2,500 opened throughout the English-speaking world through donations by the Scottish-born industrialist and philanthropist Andrew Carnegie. Carnegie used his vast fortune for many good causes, but close to his heart was the endowment of public libraries, which he funded in collaboration with local authorities.

Cheshunt Library opened in 1907 under the management of the Urban District of Cheshunt, with Oswald C. Hudson as its first librarian. It’s now run by Hertfordshire County Council, having been expanded in 1956*, and received its Grade II listing in 1983. Like all Hertfordshire’s libraries, it has been updated to offer a full range of 21st century services, as well as the books.

The building was designed by the architect J. Myrtle Smith in the Wren Revival style, and it originally included a school of art. Many of its features, including the stained glass, banisters and door-handles, were custom made for the library. The official listing describes it as:

After the restoration of the Eleanor Cross at Waltham Cross in the 1950s, the original statues of Queen Eleanor were relocated to the library, while replicas were installed on the cross. These were kept beside the staircase going up to the main building, where they became familiar features of the library, although they’re now in the Victoria & Albert Museum.

My Memories of the Library

I was one of the many children who benefited from Cheshunt Library, from the end of the 1950s onwards. Saturday mornings were our weekly family visit to the library, although as I got older I would often go at other times, such as after school. At first, of course, I used the children’s library, which was initially in the main building, but then moved into one of the wings. I read a wide range of books, but in particular many historical books, fact and fiction, that formed the foundation of my lifelong love of history.

This continued when I moved to the “grown-up” library and on into adulthood, but one aspect of the service that became important at this stage was the excellent music library. This was on the first floor and had an excellent stock of records, especially (from my point of view) the folk music section. This introduced me to a huge range of British, Irish and American folk music, much of which I still listen to today.

This was while the librarian was Jack Edwards, who was also a family friend, and he always seemed delighted when asked to find something obscure. The most memorable time I recall was when I was doing a school project on the history of Cheshunt ― and, as anyone who knew him would guess, he was in his element finding me resources.

I no longer live in Cheshunt and rarely visit Cheshunt Library now, but it’s still serving the town, a legacy of Andrew Carnegie’s idealism.

* The Carnegie Legacy website gives 1956 as the date of the expansion, while the listing on the Historic England site gives it as 1965. However, my memory is that the extensions were in place throughout my childhood, and as I was eleven in 1965, this seems far too late, although I may be wrong about this.