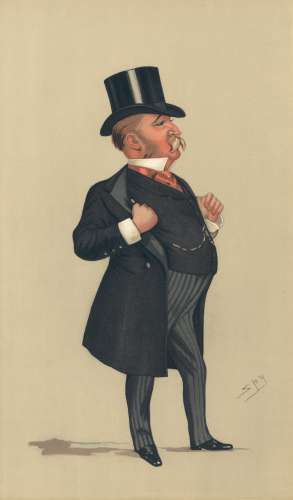 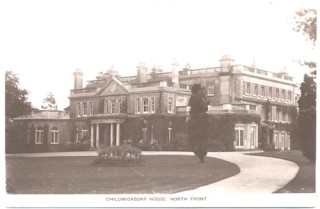 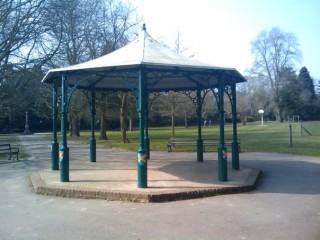 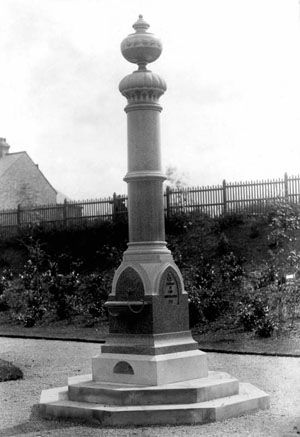 Clarence Park sports and recreation ground was given to the people of St Albans by Sir John Blundell-Maple in 1894. Sir John was a successful businessmen and politician. He was the founder of a successful furniture store in Tottenham Court Road in London.

Sir John’s country house was Childwickbury, a mansion house on the road to Harpenden. He was a leading owner of race horses and the estate also had a stud. The Blundell-Maple family arrived at Childwickbury in 1881. Sir John was also the MP for Dulwich. His services to business, various charities and parliament earned him a knighthood in 1892.

In the same year Sir John noticed the wretched state of the cricket pitch on Bernards Heath. He decided that there should better “something better” for St Albans. And Clarence Park was conceived.

He brought land from the “Orchid King”, Frederick Sander, and the Earl of Spencer, whose lands went as far as Wheathampstead. A road leading to the park, Clarence Park Road (now Clarence Road, was built linking Hatfield Road with Sandpit Lane. This road, with the Midland Railway line, enclosed the park’s twenty five acres.

Sir John Blundell-Maple made one condition for the new park. “This open space is for the enjoyment and the leisure of the people of St Albans. There will be no housing or factories built on this land”.

Eleven thousands plants, flowers and shrubs were used for the landscaping of the park. Tons of soil were used to create a gentle slope away from the railway which ran alongside. Lady Maple donated a drinking fountain made from Aberdeen granite. Sir John commissioned a rustic bandstand which stood in the middle of the recreation area. Miskin, the local building firm, erected the cricket pavillion.

The cricket and hockey pitches were laid out and also a bowling green was prepared. The pavillion could hold over 300 people when full.

A season ticket for one guinea

The deeds to the park stated. “Charges will be made to offset the corporation’s maintainence costs. A season ticket will cost one guinea (£1.05) and the cost of hire of a grounds for a day shall be five shillings (25p)”.

A military band and fireworks

When July 23rd 1894, the day of the opening, arrived St Albans was finally ready for Hertfordshire’s social event of the year. Flags waved in the civic colours of blue and yellow. Banners were hung from windows saying “Long Life to Sir John”. A very large crowd gathered at the pavillion to wait for the royal guest. A military band played marching music. At the same time as the opening Sir John was honoured as the first freedom of the city. He was presented with a charter in a royal blue velvet casket. The Arms of the City and the Blundell-Maple crest decorated the lid of the casket.

As darkness fell there was a firework display organised by Joseph Pain. After the celebrations Sir John and Lady Maple went to the Town Hall with the Mayor and the councillors for a civic dinner.

On Queen Victoria’s Jubilee in 1897 Sir John was made a Baronet and in 1901 he was the leading horse race owner for that year. Sadly, his health was failing and he died two years later.

Sir John’s legacy is the fact that St Albans’ cricket, hockey, bowling and football clubs have their homes at Clarence Park. The bandstand and drinking fountain are still there. The only “house” in the park is the park keepers lodge. Also there is a first class recreation area. On the whole it is still a fine example of a Victorian Park.