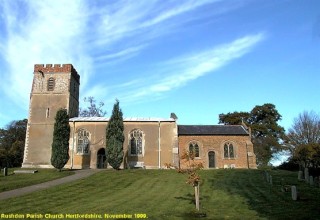 The late Adolphus Meetkerke – the last of his name in England – was one of the most amiable of men. His weak point was his want of “combativeness”. Any poacher caught in the act of snaring game, had only to go and see the Squire, shed a few “crocodiles’ tears”, and the offence was forgiven. As a living instance of his too easy-going generosity, may by quoted the fact that the park is crossed and re-crossed with foot-paths, – now by right established – which have been made by villagers, since 1841. I verily believe, that if at 3 o’clock in the morning he has caught a party of men making merry in his pantry, he would have said no more than “This isn’t right. It is time for you to be home. Don’t come here again at this unseemly hour, or I shall have to take serious notice of it.” Many who had shed “Crocodile’s tears” during his life, shed real tears at his death. He told me, but requested me not to mention how, that he might have made £10,000 when the Broadfield estates were sold. To some extent, I am released from my promise. The broad facts are that he had received certain private information which his sense of honour prevented his acting upon.