Recorded by the Gentlemen's Magazine 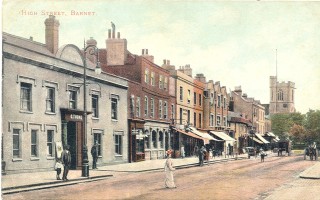 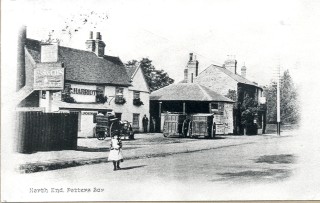 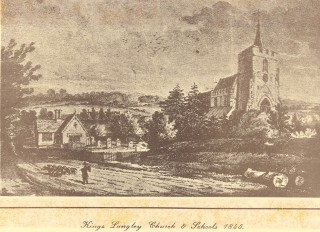 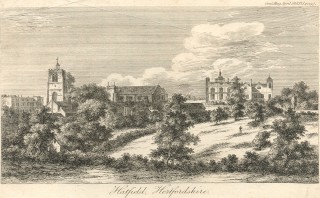 22nd April 3, masked highwaymen robbed a postal delivery travelling between St Albans and Barnet. The robbers stole 41 bags of post and a reward of £200 per felon was offered.

1st May, Robert King Patterson was captured after a tip off and was convicted at the Old Bailey. Two suspected accomplaces were captured by privateers.

17 July, William was pursued by police and attempted escape by climbing a chruch. He subsequently fell to his death.

11th September sessions at the Old Bailey concluded and Curtis was sent to Hertford.

11th March, Curtis was convicted of crime, Patterson died in prison and curtis was hung in chains.

4th August 1756, 1am Captain Brudenel was stopped in Berkely Square by two armed robbers who demanded his money before making a run for it. The captain ralied a armed patrol before giving pursuit. They caught up with one man who, after shooting one man dead, was captured. It was discovered he was a soldier and was subsequently sent to prison where he died.

6th August, the second robber was eventually tracked down to a cottage in Potters Bar and was subsequently captured. It was discovered many robberies committed in Berkeley Square were by these two men.

23rd August, following sessions at the Old Bailey convicted five other men of simailar charges of theft and defying authority.

Disturbance By Reapers At Kings Langley

8th August 1761 Numerous arguments between local farmers and Irish reapers of wages led to the Irish forming an armed gang of 200 in an attempt to destroy the farms. A fight broke out between soldiers and the mob leading many injuries and numerous arrests. All the accused were found guilty,fined and sent to prison for a year.

Farmer Robbed By Highwayman At Hatfield

13 October 1762, a man was apprehended in Luton on suspicion of robbery and house burglary. He implicated 4 other men in conspiracy to commit robbery. Two of the others were then positively identified and captured.

11 December, Fudge Harrow, a notorious thief and a member of the gang was captured.

14 March, four of the five gang members were executed by hanging at Hertford.