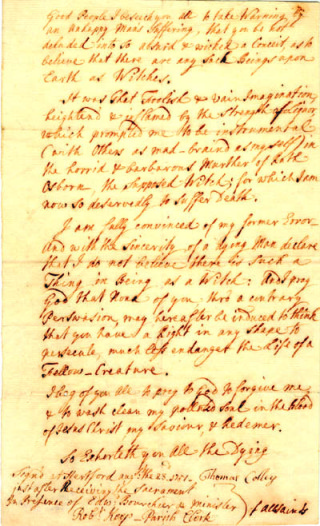 Confession of Thomas Colley to the murder of Ruth Osborne, a suspected witch, 1751.

The events leading up to this horrific ‘witch swimming’, seem to have begun when Ruth Osborne, begging for food, was turned away from a farm in Gubblecote, near Tring. Rumours spread that the old woman had cast a spell on the farmer, and notice circulated of a ducking. Ruth and her husband were taken to Tring workhouse for protection, but eventually subjected to a horrific ducking, from which she died.