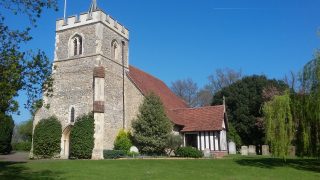 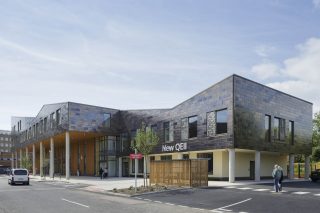 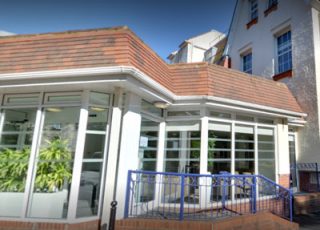 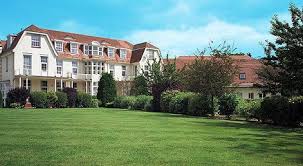 Life during the Covid 19 pandemic changed a lot of things for me. The first came at the beginning of a week in the middle of March when the government were starting to talk about social distancing.

Being a bell ringer we had already starting thinking about how this would effect this activity as some churches and towers had confined spaces in which the ringing took place. The ringers at Tewin church took the decision to cease all ringing, although we rang in an open area of a ground floor tower, sharing ropes and hand washing would be a risk.

At this point I said goodbye to my ringing friends, virtually, by email or text and Tewins bells became silent. The only exception being the chiming bell on the clock. My husband goes up to the church once a week to wind the clock otherwise it will stop, if that happens we may not get it going again.

The next day for me was work as usual, keeping 2m apart was just being implemented, at which point I went out to a medical appointment, a routine breast scan, you know in one of those booths in the local supermarket car park. I was the only patient there.

The staff were friendly, distancing was not in force and masks were not being worn, but hand sanitising was.

I returned to work after my scan, to be told that due to a pre-existing medical condition, I was to now work from home. My emotions at that point melted. I had just said goodbye to my friends, now I was to say goodbye to my work colleagues. For how long was anybody’s guess.

But I went home, set up a work area in the dining room and got on with the task I had been set.

I could still go shopping conforming to the 2m regulation, talk to my neighbours over the fence, and visit my elderly mother with her shopping once a week, but keeping my distance. Then I received a letter asking me to go for further tests and scans as my breast scan had highlighted something they wanted to check, this time I had to go to the Luton and Dunstable Hospital.

The journey took me on to the M1, which was usually full of cars and lorries speeding along it trying to get to their destination, on this day there were lorries and vans but very little cars.

I arrived to an empty waiting room, I was asked to wear a mask and wait in the area until called. All the chairs were spaced two metres apart; there were tables, no magazines and lots of notices about keeping your distance.

The radiographers were wearing protective gear and kept their distance unless doing tests or examinations. After a scan I had a biopsy, which still did not worry me. I didn’t feel ill, I didn’t appear ill and I was sure it was nothing.

After the tests I was told I would receive the results the following week, by phone, however, due to the covid testing there may be a delay, but they would phone either way to let me know.

The phone call came the following week to tell me that I had ductal carcinoma in situ, basically, breast cancer. I was given an appointment to see the consultant at the New QEII hospital, Welwyn Garden City to discuss my treatment.

I had always seen myself as healthy, very rarely ill or off work, reasonably fit, though I have to say a little overweight, so when I was given the news ‘you have breast cancer’, I couldn’t believe it.

So far I had attended my appointments alone, this time my husband accompanied me, not knowing if he would be allowed in. The breast unit was not crowded, there were no tables spread with magazines, the chairs were spaced two meters apart, there were three or four other people waiting, a couple of them wearing masks. The staff behind the counter were not wearing masks or protective kit, but there were lines on the floor for you to stand behind to register, and sanitiser for you to use on your hands.

When I was called, I asked if my husband could come too, there was no objection, the nurse and the doctor did not wear masks, however they did keep their distance when talking to us.

The doctor went over their findings and gave me two choices. The situation that we were in with Covid 19 had never happened before and they could not make the decision for me it was my choice.

At this point it was the middle of April, exactly one month since my routine scan, the first choice offered was surgery, my cancer was confined, it was not invasive and could be easily removed, there was the slight possibility that I would need radiotherapy, but I would not need Chemotherapy.  The other option was to have hormone therapy and wait for the Covid crisis to disappear. That was like asking how long was a piece of string at that point.

I had to think about the here and now so I elected to have surgery. The doctor booked me in for surgery in two weeks’ time at the private Pinehill Hospital in Hitchin. This was where they were doing all breast cancer surgery, away from the main hospitals where Covid could and probably would be present. The private hospital was known as a clean hospital, no Covid patients would be allowed there.

The hardest point came when I had to tell my family and friends, I wanted to do this face to face, but I had to tell them by phone or email.

A week before my operation I had to have a locater fitted, it’s very small, a bit like the trackers they put in dogs, about the size of a grain of rice. This would be done under local anaesthetic and was to mark the central area of the cancer, so the surgeon could find it easily.

I had to be scanned with the type of scan they use for detecting pregnancies, whilst they inserted this tracker. I was given a Sainsbury’s skip to put my belongings in, and had to carry this with me. The staff wore protective gear during the procedure and after I was sent for a mammogram to make sure the locater was in the right place. I was asked to leave the Sainsbury’s skip in the scanning room so they could disinfect it for the next patient.

On the day of my operation my husband took me to the hospital, he had to leave me at the door as no visitors were allowed. The check in desk had a hazard line marked on the floor, where I was to stand until called forward. I was asked to fill in a form then use the hand sanitiser and take a seat. Masks were not worn by staff and distancing was observed as much as possible.

I was taken to the short stay area of the hospital, where I was shown to a private room with my own ensuite bathroom. There was a small menu to choose something to eat for later in the day, I had a TV, although stations were limited. A nurse came and asked lots of questions, followed by the anaesthetist and finally the consultant, which was when I signed the consent forms.

At this point I was told that I would be the first person down that day, but due to a technical issue with my locater I was the second person. I was taken down to the theatre where everyone was wearing masks, gowns and protective gear.

After a short time in recovery I was taken back to my room, where I could drink water at first then tea and biscuits and finally my requested meal, I was monitored every half an hour to start with, then hourly, finally in the early evening I was told I could go home.

I was given lots of information on how to look after myself and phone numbers if I had any concerns.

At the moment I am recuperating at home, with my husband looking after me, I have had two follow up phone calls to make sure I am okay and there are no issues with my wound. I have a follow up appointment for two weeks after the op to see if I need further treatment.

During my recovery my husband has been doing the shopping, my brother, who lives an hour away has been taking care of my mother’s needs, I have been in phone contact with her every other day.

I have received cards, flowers and messages from friends, family and work colleagues, which really cheered me up and gave me some contact with the outside world.

When I felt able I started doing short circuits around the green in front of my house, just to get some exercise.

I ventured in to my front garden on VE day just so I could talk to my neighbours at a safe distance.

The week after my routine breast scan, all screening ceased, although the unit is still sitting in the supermarket car park, no screening is taking place, a few of my friends who were due to be screened have had their appointments cancelled until further notice.

Hopefully this screening will start up again soon, just like dental check-ups and other regular and routine tests.

My type of cancer can only be detected through breast scans, there are no lumps and bumps to feel for, you don’t feel ill and you have no symptoms. Anyone reading this who has not been for their regular scans because they don’t think they need it or they find it to embarrassing I urge you to go; a few minutes of discomfort could save your life. The nurses and radiographers are lovely, they deal with this everyday so don’t feel embarrassed