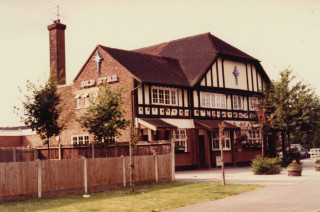 The earliest known reference is 1707. In the 1890 Kelly’s Trade Directory a ‘New Star’ is listed beside the ‘Old Star’ on its north side.The two Stars ran in competition until the New Star closed its doors in 1937 and was converted into flats, the building was demolished in the 1950’s.

The Old Star was rebuilt in 1935 and continues to serve the community today.