The Temple Bar at Theobalds 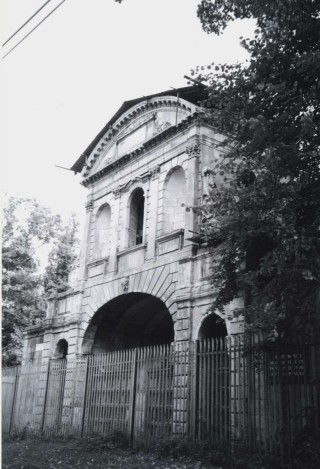 Temple Bar was one of the eight gates that surrounded the old City of London (the others were Aldersgate, Aldgate, Bishopsgate, Cripplegate, Ludgate, Moorgate and Newgate). Constructed in 1672, it may have been designed by Sir Christopher Wren – although this is by no means certain.

It stood for over 200 years at the junction of Fleet Street and The Strand in London in 1872, until being dismantled by the Corporation of London in 1878 and was replaced by the present City Dragon structure.

Although there were plans to have Temple Bar returned to the City, and a trust was set up for purpose in 1985, it stood in Theobalds Park in poor condition for many years.

Then at last in 2003 work began to move it back to a new home in the City of London next to St. Paul’s Cathedral. Late in 2004, the move and restoration completed, Temple Bar was officially opened again in the heart of the City of London.