The Letters of Arthur Martin-Leake October 1916 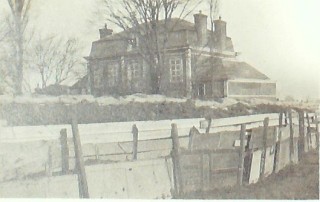 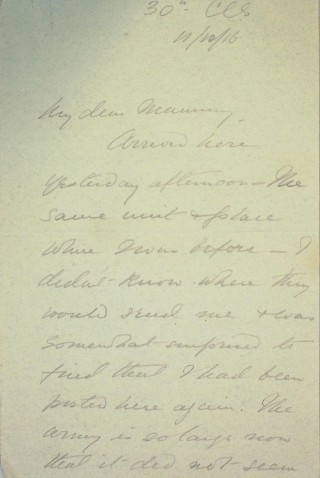 Arrived here yesterday afternoon – the same unit & place where I was before – I didn’t know where they would send me & was somewhat surprised to find that I had been posted here again. The army is so large now that it did not seem to be a likely thing to happen.

All seems much the same & things have been fairly quiet in these parts. There is a distinct tinge of Autumn in the trees – more so than you have at Marshalls – & the days seem much shorter here. It is not nice to have the winter ahead but we can pass it here as comfortably as anywhere in the war area. It will take a few days to settle down to work again esp[ecial]ly after such long leave.

The staff at No. 30 is the same, with the exception of one doctor whose time is up & he is leaving for home today. Being a practitioner he is allowed to clear off after his year & another one is brought out instead.

We just hear that the French have got a good bag of prisoners south of the Somme & some more country.

Hope Bella is better & that you are quite fit.

Many thanks for yours of 22nd with one from Frank. We are having bad weather now but only what must be expected at this time of year. Much mud & wet & it won’t be very much worse than this in the winter…

Not very good news from the Roumanian {sic} side but perhaps things will get better there later on. Splendid show at Verdun & a nasty knock for the Bosh. The French are very clever at this game & always seem to do well.

We are not having much to do, but are very short handed as most of our people have gone on loan to places where more work is expected.

Best love & hoping you are fit.