A tale of love and loss 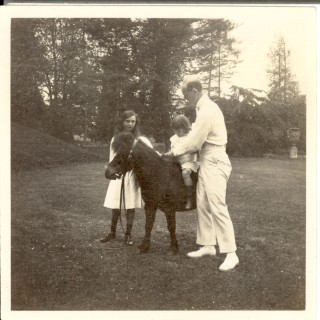 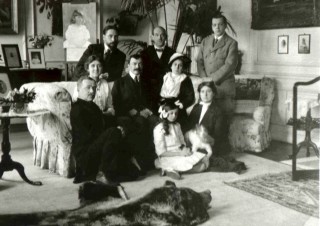 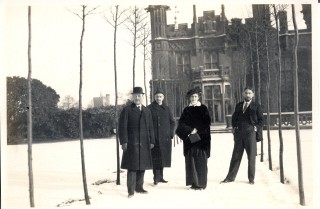 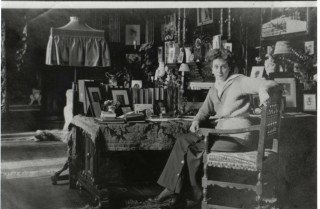 In a love story to rival that of Edward and Mrs Simpson, the last Romanov to be proclaimed Emperor is banished from Russia with his mistress

He was the Grand Duke Michael Aleksandrovich, the tall, handsome brother of the Tsar Nicholas II.  She was Natasha Wulfert, the daughter of a Moscow lawyer and the wife of a Guards officer – the man for whom she had divorced her first husband, a musician (and with whom she had a child, Tata).  Michael and Natasha’s affair led to their banishment from Russia, being followed across Europe by the secret police, and then living in Knebworth House before returning to Russia when the First World War started.

Michael falls in love with the ‘wrong’ woman

As second in line to the Russian throne, Michael would become Regent if Nicholas II died before his own son could become Tsar.  It was therefore important for Michael, one of around 20 Grand Dukes, to marry well.  But then in 1908 Michael fell in love with Natasha. The rumours gathered pace and gave rise to malicious gossip.  In turn-of-the-century Russia, a wife had no right to live independently from her husband, and he had the power to compel her to return, and if she refused the police could arrest her.  Natasha’s husband, Vladimir Wulfert, demanded that he and Michael fight a duel, but he finally accepted a divorce after a generous payment from Michael.  In the meantime, Natasha had become pregnant with Michael’s child, but in law it would become Wulfert’s if they were not divorced.  Although the child, George, was born before they were divorced, the original birth and baptism certificates were ‘doctored’ and finalisation of the divorce backdated.

Michael had given his word to Nicholas that he wouldn’t marry Natasha, but the Tsar didn’t trust them, and had them shadowed by the secret police.  Society continued to ostracise her, a situation she endured  for three years.  But in the end, Michael couldn’t stand the lack of respect given to her and so they gave their followers the slip and married in Vienna in 1912.  The Tsar was horrified and drew up a document renouncing Michael’s rights to the throne and freezing all his assets in Russia.  He also made him subject to a guardianship, a measure normally used for minors and madmen.  Society was astonished at the severity of the punishment and, because the Tsar’s wife, Alexandra, was judged to be behind this humiliation, some sympathy swung over to Michael.

The couple were now exiled to Europe and in 1913 they ended up in England taking up residence at Knebworth House, which they had on a one-year lease for £3000.  Miss Rata, Tata’s English governess, came with them, and she eventually fell in love with the Knebworth House groom, Mr Bennett, whom she married in St Mary’s Church.   Another member of the Romanov family was already living in London with his morganatic wife – he was also named Michael but was known as Miche Miche, and was 25th in line to the throne.  He had managed to get his wife the title of Countess Torbay and she saw Natasha as a rival.  But she needn’t have worried, as society still rejected Natasha – she couldn’t even enter the Royal Enclosure at Ascot because no divorced people were allowed in!   In August 1914, Germany declared war on Russia and Michael was determined to return to Russia and resume his position in the army.  He cabled Nicholas for permission, which was granted – private wars were put aside.  Michael was now 36 years old, and he took command of a new division, with the rank of Major General.

Under the spell of the ‘Mad Monk’

By 1916, Michael had warned his brother of his wife Alexandra’s bad influence, especially as she was under the spell of the so-called ‘Mad Monk’ Rasputin.  By early 1917, there was a plot for a palace coup that was intended to lead to the abdication of Tsar Nicholas.  But in the end, the revolution came from below rather than above and Michael, who had privately argued for reform, was now prepared to speak openly.  The proposal was to create a constitutional monarchy.  Eventually the Duma (the Russian legislative assembly) accepted Nicholas’ abdication and in March 1917 wrote a manifesto for a Provisional Government, making Michael  the Emperor,  Michael signed and accepted this, hoping that it would restore order to the country until elections were held, and in the hope that he would be elected Tsar. But by January 1918 the Bolsheviks took power and Michael was arrested.  Russia was no longer a monarchy, a republic or a democracy, but would be ruled by Bolshevik diktat.  A peace treaty was signed with Germany in March 1918.

The Romanov family are all shot

Michael was eventually taken to Perm where he was shot on 13 June 1918.  Tsar Nicholas II and his family were shot five weeks later, on 18 July 1918.  Natasha was able to escape from Russia with George and Tata, and they fled from Odessa aboard the Royal Navy ship HMS Nereide, arriving in England in March 1919.  They lived in Surrey, and Tata married Val Gielgud, brother of Sir John Gielgud.  No news of Michael’s death was ever given to Natasha but eventually she had to accept that he was dead.  In 1927 she moved to Paris with George.  He died in a car crash four years later, and Natasha died, penniless, in a Parisian charity hospital on 23 January 1952.   (note: this essay has been written from information in the book ‘Michael and Natasha’ by Rosemary & Donald Crawford)