The impact of war 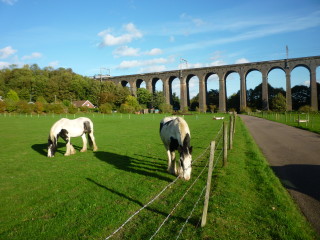 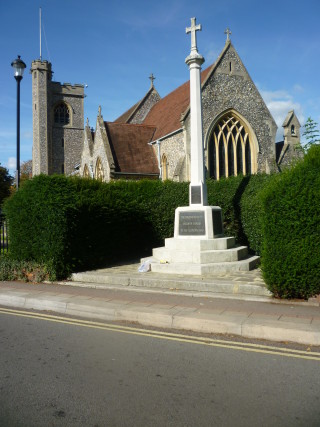 Whilst many minds were occupied with the outbreak of war, the business of Welwyn Parish Council was mostly confined to local matters. (HALS CP 106/1/1). At the meeting held on 14 September 1914, for example, the Clerk was instructed to find out if possible why the finger-post on the Plain had not been painted by the County Authorities like the other posts in the district. At the next meeting in November it was reported that the RDC would clean out the pond at Woolmer Green at the next favourable opportunity.

The Rural District Council (HALS RDC14) was more immediately affected. At their meeting in July 1914, it was noted that Mr Elton Longmore, the Clerk to the Council had been called up to serve with the 1st Batt. of the Hertfordshire Regiment in connection with the present war. It was unanimously resolved that Mr Philip Raynesford Longmore be appointed Deputy Clerk to the Council during the absence of the Clerk.

The other was Welwyn/Digswell Viaduct which was being guarded by the 5th City of London Territorials. How effective they would have been in a time of crisis is debateable. As the “Hertfordshire Mercury” recorded in August 1914, they had been alarmed by the sound of a gun and started firing indiscriminately although it was found to be a gamekeeper scaring off foxes. “Since the occurrence, however, all pedestrians, cyclists and motorists are “held up” and interrogated before being allowed to proceed.”

The following month the paper recorded that Private Howells, on sentry duty at Welwyn viaduct, did not notice a goods train and was knocked down. Although the 12 cartridges in his belt were bent flat, he suffered just cuts and bruised ribs and was reported as progressing very favourably. A similar incident occurred in October when Pte Frank Brazier was hit by a goods train just south of the Digswell signal box. He was transferred to the military hospital at Digswell House where he was “making satisfactory progress towards recovery”.

They were still guarding the line in November as the Commanding Officer asked the RDC that that sanitary conveniences should be erected for the use of his posts and that a Water Supply might be laid on where possible. It was recorded that the Surveyor be instructed to see what could be done in the matter.

More information can be found on the Welwyn LHS site: