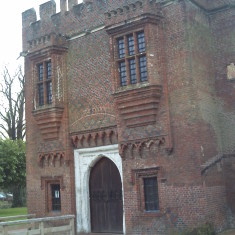 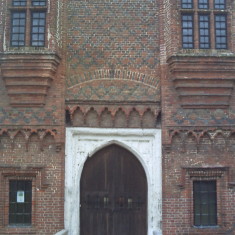 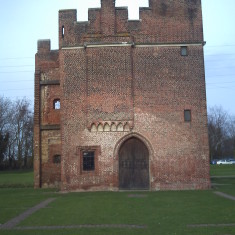 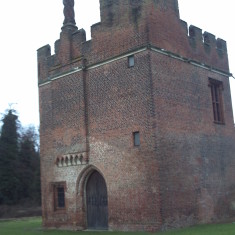 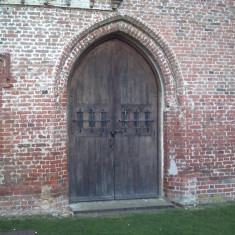 Rye House was one of the first brick buildings in the country. Built in 1443 by Sir Andrew Ogard, a Danish knight, it stands on land inhabited at least since Saxon times and originally called “atter eye” (at the island).

In 1683, it became the centre of a notorious plot to assassinate King Charles II and his brother, the Duke of York (later James II). The plotters were Protestant members of the Whig party, many of whom had republican sympathies from the time of the Commonwealth, who were alarmed at Charles’s support for France and other Catholic monarchies, as well as James’s recent conversion to Catholicism.

One of the plotters, Richard Rumbold, was then the owner of Rye House. The brothers were due to return past the house on their way back from the horse racing at Newmarket, and the plan was to ambush the party at Rye House. Plans were foiled when a major fire at Newmarket forced the King to return early.

The plot was discovered and many suspects were arrested and executed. The Earl of Essex committed suicide in the Tower of London, while the Duke of Monmouth, Charles’s illegitimate son, fled the country. Nevertheless, some historians believe that the plot was actually a fiction, designed to discredit the Whigs, as the fictional Popish Plot of 1681 had been intended to discredit the Tories.

The subsequent history of Rye House has been considerably less dramatic. In 1870, the current owner, William Henry Teale, opened a pleasure garden, displaying the Great Bed of Ware, which he’d recently acquired. It was such a popular destination for excursions from London that an extra station was built on the Liverpool Street to Hertford East line to serve it.

By the early 20th century, however, the tourist trade had fallen off, and Rye House was demolished, apart from the Gatehouse, the Great Bed ending up in the Victoria & AlbertMuseum.

The Gatehouse is now a grade 1 listed building, featuring high-quality diaper brickwork and a “barley sugar twist” chimney. It’s open to the public at weekends and bank holidays during the summer, featuring displays about the Plot and the early history of brick-building. The rest of the grass-covered site has the floor-plan of the house marked out.