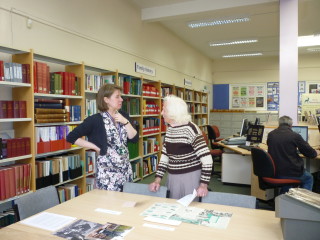 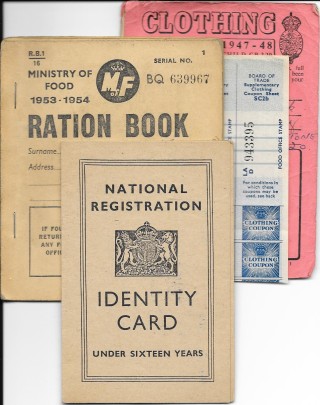 Living on a hill in Tavistock Avenue, St Albans, looking from the back French windows, we saw London burning, 20 miles away.  The sky was so red, one could almost see the flames.  It was a devastating sight.

At the bottom of the hill near the river Ver, the was an Ack Ack unit with guns pounding most nights and search lights.

My sister married in 1939 and her husband was posted to the Orkneys. She joined him later when she was expecting their first child.  The baby, Lilian, was placed in all-enveloping contraption which protected her from any possible gas attack.

I don’t know my mother managed – the rations were so meagre.  I remember eating tins of Spam and processed vegetables made into a pie!  With only one egg a week per person, cakes were very hard to come by, but we did have dried egg which was used for cooking.