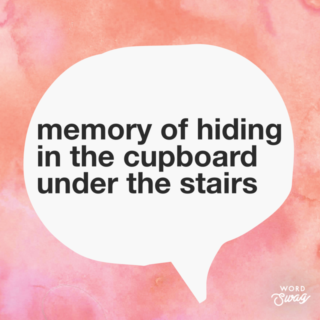 I was born in Sunderland Avenue in 1943 but I can’t quite claim to have lived here ever since. My parents rented the house at the start of the war, letting their property in Hendon in the belief that they would be safer out in the countryside. Obviously, I have few memories of that time except for a sinking feeling when I heard the sirens, and a memory of hiding in the cupboard under the stairs, which might have just been during thunderstorms, as my mother was scared of them. I also recall walking up Sunderland Avenue and being afraid of meeting a red setter and a wolf dog (presumably an Alsatian), which lived further up the road. Then we would walk along Sandpit Lane under the trees which seemed huge to me then. Our haunts were The Wick, which we always called The Spinney, and Clarence Park. Once we had returned to London we made occasional visits to Clarence Park for picnics. My mother remembered living in St Albans as her happiest time, perhaps because my father was too old for active service, and became an air raid warden in Fleetville, travelling to London for work each day by train. She recalled the day the German planes came over on the way to bomb Coventry, but otherwise, she said the nearest bomb fell on the Handley Page site. My brother attended the PNEU School and went to Hebrew classes at the home of a Rabbi in York Road.

When we married in 1967, we could not afford to live in Enfield. St Albans was slightly cheaper and we were able to buy a house in Bernard’s Heath. Sainsburys was still in the town centre, where you queued up at each counter to be served, and the cattle market was still functioning behind the High Street. There were two small department stores and 3 cinemas and, of course, no supermarkets and no leisure centres. The hospital still had an A&E department and the traffic was far less of a problem, and we frequented the library in Victoria Street.

We have moved twice in St Albans but not further than a mile each time. The people now living in Sunderland Avenue kindly allowed us to look round it again recently. I can’t pretend I remembered much, but the front still looks the same as the black and white snap shots I have of my brother sitting on his tricycle in the front garden.

We are lucky to live here and glad we could not afford Enfield. We have the benefits of a thriving town, easy access to the countryside and to London and, writing this now in lockdown, I look forward to the return of normality when the streets will be bustling once again.