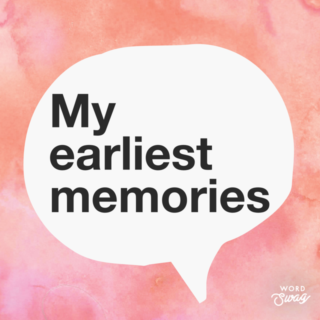 I was born as the 2nd World War was coming to an end.   I have a memory of being in my cot under the stair which was probably one of the safest places in our house during an air raid although my parents always said they could not remember that.   When I was about 18 months old I had both whooping cough and measles in succession which meant staying in bed,   I had an eiderdown which was a great place to roll dolly mixtures down also a wind up gramophone which my dad used to wind up and play Old Man River sang by Paul Robson every night for me, one of my favourite singers of the time.   Unfortunately, I don’t know how, the record was broken probably resulting in tears.

Christmas for me was always a wonderful time of the year.   My mother came from Ireland.   She was part of a very large poor family and was sent over to become a maid in a house in Winchmore Hill.   She never experienced Christmas in Ireland so she made up for what she had missed every year.   One Christmas she put foot prints across the carpet from the chimney and back again.   Another time, and I never did find out how, I was posting letter to Father Christmas up the chimney and it was taken from my hand.   My mother always tried to give me what she never had as a little girl, my dad gave her money to buy a new coat with instead I received a lovely new dolls pram.   Life was not always so good, my mother lost two boys after I was born, and at one time was so ill I went to stay with Auntie Maise for a few weeks.   I remember my aunt made dumplings one day, never eaten one since.

Even when I had children of my own, Christmas at home was something very special.   Both mum and dad went out of the way to make sure the children were fed and happy before any other guests.